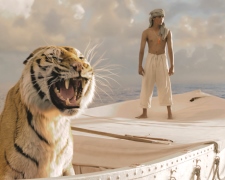 My sole-surviving grandmother passed away last week at the age of 90.  She was a strong, funny, opinionated woman who always took an interest in my life.  It’s sad to think that we’ll never share another conversation and I’ll no longer have the pleasure of picking her up from her home (where she lived since 1946) on Christmas morning.

Where is she now though?  I was raised as a Catholic and so I’m supposed to believe that she’s with God in heaven and that one day, we’ll see each other again.  As a realist, that’s a very hard theory to subscribe to.  When I complete personality profiling exercises, they always confirm that I’m a person who acts based on fact as opposed to instinct.  Do I believe in an afterlife?  Given there is no evidence, I don’t see how I can.

It’s funny though.  At the funeral last Friday, the emotion of the situation forced me to surrender my level-headed logic.  I wanted to believe in heaven.  I wanted to believe that my grandmother was looking down on us with a smile on her face.  Such thoughts gave me comfort.  They were easier to deal with than the more realistic alternative.

I’m reflecting on this experience because a similar message can be found within Life Of Pi.   Despite what our head may say, there are times when we need to give in and just have faith.  That in itself is not easy.

The film begins with a young writer (Spall) looking for the subject of his next book.  He has been told to speak with a man named Pi (Khan), an immigrant born in India who now resides with his family in Canada.  The writer has heard that Pi’s story is so amazing that it will make him believe in God.

Burning with curiosity, the writer turns up at Pi’s home and introduces himself.  The nonchalant Pi plays the situation somewhat coyly.  He confesses that he’s not sure if the story is worthy to be adapted into a novel.  He agrees to tell it though and deep down, you get a sense that he’s looking forward to the challenge of convincing the writer.

Pi transports us back to 1970s India where his younger self (Sharma) is living with his family in Pondicherry, India.  His father is a zookeeper and the inquisitive Pi has spent a large chunk of his life surrounded by an assortment of animals from around the globe.  Due to the increasing political unrest within India, the family has decided to sell the animals and move to a more stable life in North America.

Sadly, the freighter ship on which they are travelling encounters a freak storm and sinks in the middle of the night.  It all happens in a flash.  After slipping off the deck and being knocked unconscious, Pi wakes up on a lifeboat drifting aimlessly across the ocean.

He’s the only person on board… but Pi quickly realises that he’s not alone.  Hidden beneath the lifeboat’s tarpaulin are a zebra, an orangutan, a hyena and a Bengal tiger named Richard Parker.  The animals escaped from their cages during the storm and also sought refuge in the small boat.

Suffice to say that this isn’t a situation that can remain stable for very long.  A savage tiger is not going to sit idly by when his next meal lies just a few feet away.  The other three animals are quickly devoured while Pi manages to escape the tiger’s claws by lying on a makeshift raft attached to the back of the lifeboat.

We know that Pi survives, evidenced by the fact that he is still alive to tell the story, but how did he pull it off?  What does one do when stuck on a tiny boat in the middle of the Indian Ocean with next-to-no food while in the company of a Bengal tiger?

Things become less and less plausible with each passing scene and it will certainly put audiences to the test.  Will you buy into this?  Do you think these events really happened?  Can you ignore the niggling doubts and suspend your sense of disbelief?  If you can do it for a film like Transformers, why not for a story such as this?

I’m trying to be a little cryptic while still providing a sense of what Life Of Pi is all about.  Even if you don’t connect with the key themes, it’s hard to fault the precise direction from Ang Lee (The Ice Storm, Brokeback Mountain).  The special effects are seamless (especially the attacking tiger) and the absurdly beautiful cinematography from Claudio Miranda (Tron: Legacy) adds to the film’s mystery and illusion.

The movie is based on the novel by Yann Martel which won the Man Booker Prize for Fiction back in 2002.  You could make an argument that the early stages of the film are a little slow but I think screenwriter David Magee (Finding Neverland) has done a very good job given the circumstances.  It can’t have been easy given much of the book is spent following the deteriorating psyche of a teenage boy stuck in the middle of the ocean.  There are no other characters for him to interact with!

You’ll have to be patient during the middle section but don’t worry, it’s worth it.   I saw this film several weeks ago while holidaying in Beijing and I haven’t been able to shake the thought-provoking finale.  Don’t expect to leave this story behind as you exit the theatre.  Life Of Pi has something to say.