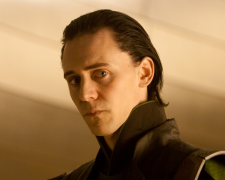 I admit to being to having doubts before seeing The Avengers.  I liked the idea of bringing all these superheroes together but how was writer-director Joss Whedon (Serenity) going to pull this off with so many leading characters?  Would they all get enough screen time?  Would there be any room for a plot?  Would the action sequences take precedence over character development?

I guess you could say I went through some kind of metamorphosis at the Brisbane premiere last Friday night.  My scepticism was gone within half-an-hour and had been replaced with a serious dose of enthusiasm.  As the closing credits started to roll, I couldn’t wait to collect my mobile phone from security and spread the word – The Avengers is f%#$ing awesome!

Those new to these characters should check out the earlier Marvel films before seeing The Avengers.  I still think you’ll be entertained but you may struggle with the backstory.  For example, the film doesn’t go into the torrid past between Thor and his malicious brother, Loki.  Nor does it detail Captain America and his whereabouts for the past 70 years.

Those that recall last year’s Captain America: The First Avenger will remember a glowing blue cube known as the “Tesseract” that everyone wanted to get their hands on.  The Avengers begins in the underground headquarters of the Strategic Homeland Intervention, Enforecement and Logistics Division (SHIELD) with director Nick Fury (Jackson) trying to unlock the Tesseract’s secrets.  He believes it has the capability to create a limitless source of energy for the planet.

That in itself throws up a few interesting discussion points.  SHIELD appears to be a well-intentioned organisation but can those in charge handle the responsibility of such a powerful object?  How will they ensure that it is used for good instead of evil?  The line between these two extremes is often very blurry, a fact confirmed by a series of unexpected plot developments.

These questions soon become secondary to something far more important.  For those that remember, last year’s Thor concluded with the hateful Loki (Hiddleston) becoming trapped on Earth following a fight with his brother.  Loki is unable to return home but he his intent to on quenching his thirst for power.  He steals the Tesseract and through a series of well-articulated monologues, reveals his plans on harnessing its force and giving the humans what they truly desire – to be controlled.

Our four familiar superheroes, collectively known as The Avengers, will have to team up for the first time to stop Loki before it’s too late.  Can they work together though?  Iron Man (Downey Jr) is accustomed to being centre stage and doesn’t like sharing the spotlight.  Bruce Banner (Ruffalo) is now trying to live a normal life and would rather not reinvigorate his Hulk persona.  Captain America (Evans) is still trying to come to grips with the 21st Century and isn’t sure of his place.  Thor (Hemsworth) faces a conflict in that he would rather try to talk sense into his brother than fight him once again.

The Avengers is an unrelenting ride that will hold your attention all the way through.  I still don’t know how they squeezed so much material into the two and a half hour running time.  Put simply, it’s one of the best superhero movies ever and excels in terms of three key genres – action, comedy and suspense.  The friction between the four leads also adds a nice dash of drama.

Robert Downey Jr is at his comedic best as Iron Man (as expected) but I was surprised by the number of genuine laugh-out-loud moments provided by the remainder of the cast.  It’s Chris Hemsworth who gets the best line in the film – a reference to his relationship with his brother.  I generally gravitate more towards darker superhero flicks (such as Batman Begins) but the light-hearted style adopted by writers Joss Whedon and Zak Penn suits this situation and these characters.

The story culminates with an exciting action finale that has been skilfully directed by Whedon.  Loki is a great villain (part of me kind of liked him) and he puts everyone to the test.  Oh, make sure you hang around for the end credits.  In true Marvel style, there’s a quick peek at what’s in store for the next instalment. Bring. It. On.