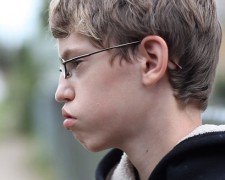 It’s an important subject matter worthy of big screen documentary.  However, all the initial talk about Bully surrounded its rating as opposed to its content.  Perhaps this was a cunning move on the part of The Weinstein Company, the film’s distributor, to generate publicity.

The reason for the hoo-ha was that Bully was given an R-rating in the United States.  This meant that no one under the age of 17 could see the film unless they were accompanied by a parent or guardian.  So what was the reason provided by the Motion Picture Association of America?  The film was deemed to contain “some language” due to the “f-word” being mentioned on 6 occasions.

Suffice to say there was a public outcry.  We’re talking about a movie that shines the light on the prevalence of bullying in schools and the effect that it can have on kids.  If anyone should see this film, shouldn’t it be the kids themselves?  It was an argument put forward by many and petitions were organised to help overturn the R-rating.

It took a little while but a compromise was reached.  A few of the expletives (but not all) were muted and the rating was downgraded to PG-13.  Here in Australia, we haven’t had to worry about such controversy with the film earning an M-rating.  Whilst our ratings board acknowledges that there are “mature themes and course language”, there is nothing to stop anyone from seeing Bully.

It’s clear that director Lee Hirsch has made this documentary to instigate change.  He wants people to wake up to this issue and do something about it.  There are some who hold the view that bullying is inevitable and that it’s an unavoidable part of growing up.

Is it though?  As an adult, what would happen if I went to work and punched my staff because I didn’t like them?  What if I taunted them about being fat or about being gay?  Would this be considered acceptable behaviour?  Or would it be considered abuse?

Admittedly, kids lack maturity and don’t always understand the consequences of their actions.  Where’s the line though?  What do you say to the parents of 11-year-old Ty Smalley?  Their son committed suicide in 2010 after being continually bullied at school.  The father, Kirk Smalley, is interviewed in the film.  His way of dealing with the grief has been to co-ordinate numerous anti-bullying rallies with the hope that such a tragedy will never happen again.

I’m appreciative of the issue but unfortunately, I do not approve of Lee Hirsch’s approach in this documentary.  We meet a small group of students from across America and talk with both them and their families.  To add further weight, we see covert footage of these children being harassed at school and on the bus.  There’s one particular teacher who comes off looking very bad.  She features prominently throughout the film and her “head in the sand” attitude will leave you gasping with shock.

My problem is that this film needed more perspective.  Why didn’t they interview a group of bullies?  I wanted to gather an understanding of the mindset of the instigators.  Further, why couldn’t we be taken into schools where bullying is not so much of a problem?  It’s eye-opening to look at the “bad” schools but I was also hoping to see the “good” schools and learn about the initiatives that they’ve taken to address the issue.

It’s hard not to be moved by some of the tragic stories in Bully and I sincerely hope that the film does help make a difference but in my eyes, it could have offered so much more.