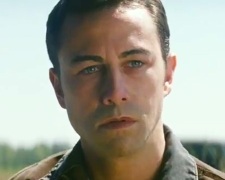 As strange as it may seem, The University of Queensland offers a course on time travel.  It’s taught annually by Professor Dowe and “examines the implications of time travel for our understanding of time, causation, agency and free will.”

There’s a part of me that wishes I’d taken the course because it’s such a fascinating subject matter.  We’ve all thought about it at some point.  What if an individual did work out how to travel back and forth through time?  Would this be good or bad for our world?  It’s a topic that could be debated for hours.  Time travel could make us a more advanced, a more knowledgeable species.  On the flip side, it could completely destroy us.

It’s an idea that has been explored in countless films.  The key to these movies is whether the filmmakers can convince you to put aside your disbelief.  Can they make you believe that time travel is possible and would function in a way that logically makes sense?  For a realist (such as myself), that’s very difficult to achieve.

Writer-director Rian Johnson (Brick, The Brothers Bloom) has given it his best shot with Looper.  It would rank highly on my list of “believable” time travel movies (if such a thing is possible).  Strap yourself in and let me do my best to explain…

The film is set wholly within the year 2042 and centres on a 25-year-old assassin named Joe Simmons (Gordon-Levitt).  While time travel isn’t possible in 2042… it will be thirty years after that.  A powerful gang from the future has accessed this banned technology and have created a clean, secretive way of eliminating their adversaries.  Instead of killing them in their own time, they transport them back to 2042 and get assassins like Joe, known as “loopers”, to do the dirty work.

Think about it.  You’d normally expect an element of risk in a profession that requires you to kill for a living but that’s not the case here.  For those in the year 2072, there’s nothing the authorities can do.  There’s no body, no blood and no murder weapon.  For the highly-paid assassins in the year 2042, there’s no pressure of being caught.  The people they are killing don’t even exist yet!  No one is going to be looking for them.

In effect, it’s a perfect crime… but with one important caveat.  The gang is worried that when these loopers reach the year 2072 (through natural aging), they’ll be able to alert the authorities about their illegal activities.  This can be prevented by “closing the loop”.  In other words, once the looper reaches 2072, he is captured by the gang and sent back to 2042 to be killed by, none other than, himself.

Have I lost you yet?  I hope not.  The crux of the story sees the 55-year-old version of Joe (played by Bruce Willis) sent back to 2042 to be assassinated by his 25-year-old self.  He manages to escape though and has an important plan.

55-year-old Joe is trying to find and assassinate the person who will ultimately become the leader of the gang.  It’s the only chance he has of changing the future and stopping the hell that has been created.  25-year-old Joe doesn’t care though about what’s happening in the year 2072.  He just wants to kill his older version, retire with a wad of cash and enjoy the next 30 years of his life.

For a film that’s just 118 minutes, it is amazing how much material Looper manages to cover.  It’s energizing to watch a fast-paced action film that challenges the audience.  The intricate, intelligent storyline demands that you pay attention at all times.  Its bold vision and clever premise reminded me of Inception, my favourite film of 2010.  There’s so much more to the plot that I haven’t outlined but that’s partly because I don’t have time and partly because I don’t want to spoil.

Looper is another merit badge for Joseph Gordon-Levitt (50/50, The Dark Knight Rises) who carries the film with a passionate, invigorating performance.  It required him to mimic the voice and mannerisms of a younger Bruce Willis.  Levitt also spent three hours each day in the hands of make up artists who have given his character a Willis-esque nose.

It’s Rian Johnson who deserves the strongest praise however for creating this plausible premise within a cool, futuristic world.  To cover one of the essential elements of any time travel movie, Johnson has written a great scene in a roadside diner where Bruce Willis explains the “cloudy mind” that occurs when events from the past are altered.

All of that said, there are a few nagging elements that hold the film back from achieving full “awesome” status.  The year 2042 seems to be a time of social anarchy and whilst it’s touched on (e.g. a scene in which a guy is shot dead in the street), it isn’t fully explained.  I’m also not sold on the finale and the choices made by certain characters.  Does it all add up?

Selected as the opening night film of the 2012 Toronto Film Festival, Looper is a film to be seen at least once… but more likely… twice.