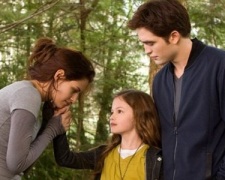 Since cinema began, we’ve been able to take one book and turn it into one movie.  It’s not easy but it has been done time and time again.  Then, someone inside Hollywood came up with a revolutionary idea.  Let’s take the last novel in the Harry Potter series and turn it into two movies!  We can put out a press release and tell everyone that it’s because “the story is incredibly complex and to condense it into one film would not do it justice.”

I hope this person earned a promotion and a healthy bonus.  They found a way of doubling a film’s box-office without taking any risks at all.  The sixth film in the Harry Potter series made $934 million at the international box-office.  The last two films, which were based on the final novel, made a combined total of $2.284 billion (also thanks to the higher 3D ticket prices).

It’s clear to everyone that the real motivation in splitting a book into multiple films is to make more money.  I’d do the same thing in their position.  My problem is that from the point of view of a moviegoer, it feels like we’re being cheated.  Harry Potter & The Deathly Hallows – Part 1 was a tiring affair and it wasn’t until Part 2 that the action and the excitement began.

Sadly, it appears this trend is going to become far more frequent.  It’s been announced that the final book in the Hunger Games series (Mockingjay) will be split into two movies.  Director Peter Jackson has gone one step further and adapted The Hobbit into three movies!  Instead of looking for new ideas, Hollywood is grasping onto anything profitable and milking it for all its worth.

This leads us to… drum-roll please… The Twilight Saga: Breaking Dawn – Part 2.  As for my thoughts on Part 1, the word “dull” appeared in my original review.  I also described the plot using just nine words – “Bella gets married, Bella has sex, Bella gets pregnant.”  Despite my disappointment, I did hope that it would follow in a similar vein to the Harry Potter series and finish with an enthralling second part.

I was wrong.  This is a weak movie.  The plot moves at a glacial pace and just when you think it’s starting to get interesting, you discover that it’s going nowhere.  The characters, developed no further than in prior films, emit almost no emotion and speak as if they have a gun to their heads while reading a ransom note.  They’re talking because they have to, not because they want to.

The music from the usually reliable Carter Burwell (Fargo, Being John Malkovich) doesn’t suit the film’s tone.  I’m also puzzled by the very obvious special effects.  Are the scenes where characters are running through the forest supposed to look like a computer game?  Given that the first four films have reeled in more than $2.5 billion at the box-office, you’d have thought they’d have some cash to splash around on something better.  Was all the money wasted on helicopter flyovers?

My criticisms mean nothing though.  Fans of Stephenie Meyer’s novels and the earlier movies will love this.  They’re invested in the series and will be thrilled to see the final instalment in all its glory on the big screen.  I honestly hope they enjoy it.  I mean that.  As for everyone else, well, they’ll have no desire to go near it.  Even if I described this film as “amazing”, why would you go along if you haven’t seen any of the earlier parts (which are necessary viewing)?

As a joke, I often say that the best part of a bad movie is the closing credits.  The reason is obvious – the pain is over and you get to leave the theatre.  The joke is back on me because the closing credits in Breaking Dawn – Part 2 are the best part of the movie… but for a different reason.  They serve as a nice tribute to all the characters we have followed throughout the series.

With this book opened, closed, opened and closed again… I’m very, very keen to move on.