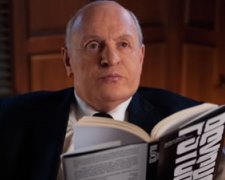 Most people will be familiar with Alfred Hitchcock’s Psycho, first released in June 1960.  It is regarded today as one of the greatest thrillers ever made.  It’s ranked inside the “all time” top 30 on the Internet Movie Database and inside the top 20 by the American Film Institute. In terms of box-office, it was Hitchcock’s most successful film – grossing $32m in the United States (the equivalent of roughly $400m today).

Fewer people will be familiar with the story “behind” Psycho.  You could easily pick up a copy of the non-fiction book by author Stephen Rebello but for those with shorter attention spans, this new film, simply titled Hitchcock, will at least whet your appetite.  It seems to oversimplify the material but it’s still an interesting subject matter and I know many people will be keen to see it.

He may have been a highly-praised director but the 60-year-old Hitchcock had a lot of trouble getting Psycho off the ground.  Paramount Pictures were horrified by the storyline.  They didn’t understand why a man with Hitchcock’s reputation would want to create a cheesy horror flick.  They also had doubts as to whether it could get past the strict censorship board, especially given the nudity and bloody murder.  In the end, Hitchcock decided to fund the $800,000 film himself… and as we now know, it was a very good decision.

We saw it with Argo and there’s been a similar debate regarding Hitchcock.  When you’re trying to recreate a real-life event, how much poetic licence can you take?  I’m not an expert on this particular subject matter but there are long-time fans of Alfred Hitchcock who believe this film is horribly misleading.

The movie would have us believe that Hitchcock had to mortgage his house and limit his household spending to get the funding.  It suggests that his wife, Alma Reville, was a huge creative influence and even directed parts of Psycho when Hitchcock was at home on sick leave.  It implies that Hitchcock had a violent streak and used it to help extract a frightening performance from star Janet Leigh.  Would such assertions have Alfred Hitchcock rolling his grave?  There are many who would suggest so.

The film also struggles with the breadth of material it is trying to cover in its 98 minute running time.  There are some intriguing subplots including the “mamma’s boy” persona of star Anthony Perkins, the work of screenwriter Joseph Stefano and the awkwardness between Hitchcock and co-star Vera Miles.

All of these play second fiddle however to the main subplot – the not-so-interesting relationship between Alma Reville and a boring screenwriter named Whitfield Cook.  I realise that Alma is a key character but too much time is wasted following her efforts to step out from behind her husband’s shadow and create her own name.

It’s the performances that you’re most likely to remember about Hitchcock.  With the help of his talented make up crew, Anthony Hopkins (Silence Of The Lambs) is terrific as the overweight director.  It’s a nice touch to see him address the audience at the start and end of the film – just like the real Hitchcock.  Helen Mirren (The Queen) is strong as Alma and Scarlett Johansson (Lost In Translation) has been well-cast as Janet Leigh.

Many will leave the theatre with a smile on their face but in my eyes, Hitchcock focuses on the wrong characters and tries too hard to please.