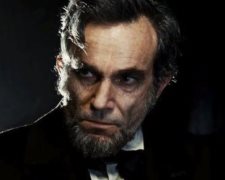 Politics is the art of compromise.  In pursuit of a greater good, there are times when you have to lie and there are times when you have to manipulate.  It’s a delicate balancing act and the trick is to not get caught.  You only have to follow the news or social media to see the way a politician is attacked when they break an election promise or become involved in a cover up.

The story in Steven Spielberg’s Lincoln is more than 150 years old but its message is just as relevant in today’s age.  It is set in January 1865 and follows President Lincoln’s attempt to pass the 13th Amendment to the United States Constitution.  The amendment would fulfil two of Lincoln’s highly sought after goals.  It would abolish slavery and in the process, put an end to the bloody civil war between the north and south, which had now run for close to 4 years.

Some of his closest advisors though it to be an impossible task but the softly-spoken Lincoln had a plan.  He knew that some of the Democratic Congressmen has lost in the recent election and they would have to vacate their seats following the upcoming inauguration.  Lincoln wasn’t prepared to bribe these guys… but the promise of a cushy, high-profile job might be just enough to swing their vote.

History tells us that President Lincoln pulled off the improbable and obtained the votes required.  It was one of the most important pieces of legislation in the history of the United States.  I realise this subject matter is a little dry and like Zero Dark Thirty, we know how the story ends, but this is still interesting to watch.  It highlights that the tactics of politicians today really aren’t that different from those of yesteryear.

Much has been said about the terrific performance of Daniel Day-Lewis (My Left Foot, There Will Be Blood) and he’s on the verge of becoming the first man in history to win three Oscars for best actor.  His portrayal of President Lincoln is based on fact but still may surprise some.  He wasn’t a confident orator and he didn’t have a loud, authoritative voice.  You could even say he was a shy man.

The remaining cast is a who’s who of Hollywood and includes everyone from 31-year-old Joseph Gordon Levitt (The Dark Knight Rises) to 87-year-old Hal Holbrook (Into The Wild).  You’ll probably get a laugh out of their hair styles – both on top of their head and below their chin.  The standout amongst the supporting players is Tommy Lee Jones as a Republican congressman with very strong views.  The moral dilemmas asked of his character make him just as intriguing, if not more so, than President Lincoln.

The production values are superb and the film has been recognised with 12 Academy Award nominations – more than any other film this year.  It’s also reeled in $167m so far at the U.S. box-office which is pretty damn impressive given it’s a political, period-piece drama.  A few plot developments seem forced (such as an early scene where Lincoln talks to a husband and wife about a toll booth) but for the most part, this is a solid, nicely-paced film from Spielberg and screenwriter Tony Kushner (Angels In America).

Not everyone is going to jump with glee at the chance to see a two and a half hour tale about a 19th Century U.S. President trying to pass a constitutional amendment… but those interested in the subject matter should find it informative, eye-opening and rewarding.