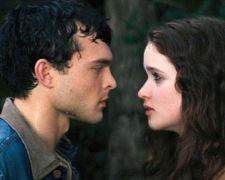 Many have already compared Beautiful Creatures to the Twilight franchise and it’s not hard to see why. It’s based on a successful four-book series, comes with supernatural themes and features a pair of star crossed lovers still in high school. I was chatting with a cinema manager last week who had sent promotional emails to all those who bought tickets to the midnight screenings of the final Twilight flick. The target audience is obvious.

One key difference is that this film is told from the perspective of the male lead. Ethan Wate (Ehrenreich) comes from the small town of Gatlin, South Carolina and he has one major goal in life – to get the hell out of there. He’s submitted applications for ever college that’s at least 1,000 miles away. Nothing happens in Gatlin and there’s nothing tying him down. His mother recently passed away and he doesn’t have much of a connection with his father.

For the past few months, Ethan has been having trouble sleeping. It’s not because he’s been studying or out partying. Ethan has been having strange dreams about a mysterious young woman dressed in black. Her identity is soon revealed when she turns up in class on the first day of a new school year. Her name is Lena Duchannes (Englert) and she resides in an old, secluded mansion that residents are too fearful to go near.

To cut to the chase, Lena is a “caster”. She and her fellow family members have magical powers. Some use their powers for good. Others use them for evil. It’s not really a choice though. When a female caster celebrates her 16th birthday, she will look up into the moon (hopefully there are no clouds around) and a higher power will determine whether she belongs on the “light” side or the “dark” side. For Lena, that milestone birthday is only a few weeks away.

The citizens of Gatlin don’t like the fact there are casters living in their town. Lena’s classmates are quick to ridicule her at school. The mother of one of the students (Thompson) is even trying to drum up support to get her expelled. I didn’t really understand this part of their story. When you’re a regular human trying to battle a smart, supernatural being, I don’t know how you expect to gain the upper hand. Will picketing really do anything?

Anyway, the one person who isn’t worried… is Ethan. He’s drawn to Lena and the two quickly fall in love. What’s going to happen though? Can these two be together? How can they fit into society? What will happen on Lena’s 16th birthday, especially if she is taken over to the dark side?

There’s a solid, interesting story buried in here but I don’t think it’s been particularly well told by writer-director Richard LaGravenese (Freedom Writers). We rush through the background of the characters with the focus more on building the lovey-dovey relationship between Ethan and Lena. This isn’t any surprise given it’s marketed at the young adult crowd… but those looking for more substance will be disappointed.

I was also puzzled by the film’s visual style. I’ve no qualms with the Deep South setting (there are some fun accents too) but the “witchcraft” is illustrated through a mix of bizarre, unconvincing special effects. That’s not to say the film doesn’t have positives. While I wish some of the supporting players had more exposure, I enjoyed the lead performances of newcomers Alden Ehrenreich and Alice Englert. They’re far for engaging and charismatic than Robert Pattinson and Kristen Stewart from the Twilight stuff (although that’s not too hard to be honest).

It seems this will be the only novel in the Caster Chronicles series to make it to the big screen. It debuted last weekend in the United States with a terribly disappointing take of just $8.9m. It’s a shame because, despite my misgivings, the broad premise is intriguing. I guess if I want to know what happens next, I’ll have to do it the old fashioned way and read the book.