Review: We Steal Secrets: The Story Of Wikileaks 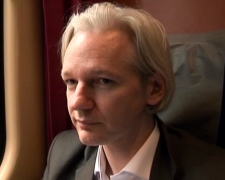 When discussing documentaries with friends, I find there are two schools of thought. One group believes that a good documentary should be even handed. It should cover all angles of the subject matter and then let the audience draw their own conclusions. Suffice to say they’re not a fan of the Michael Moore style of documentary filmmaking that is heavy on narration and where his message is “forced down your throat”.

My other group of friends has no problems with this. They ask the question – why would a filmmaker spend years of their life putting together a documentary unless they had something to say? Aren’t they trying to open people’s eyes and change their perspective? If you’re looking to explore other sides of an argument, that aren’t covered in the film, you’re free to do your own additional reading and research. The same applies to any news story or editorial.

I sit somewhere in between these two schools of thought. Perhaps it’s how I’ve evolved. Perhaps I’m just trying to appease all of my friends. I am more than happy to see a filmmaker put forward their point of view… provide that we at least get to hear from those pushing the other side of the argument.

A great example which comes to mind is the Academy Award winning Inside Job. Director Charles Ferguson had no qualms identifying those he believed responsible for the 2008 global financial crisis. He made a very strong case too. However, whilst we often laughed at their expense, we did get to see interviews with government officials, educators, lobbyists and financial advisers who disagreed with his conclusions.

We Steal Secrets: The Story Of Wikileaks is an intriguing documentary in that you’re never quite sure where it’s heading, despite the fact this story has featured prominently in the media over the past two years. Is it taking a side? Or is trying to be fair and balanced?

The early scenes, which kick off with an appropriate Midnight Oil song, highlight an increasing level of secrecy within the United States. In the aftermath of the 2001 terrorist attacks, we are told that the number of classified documents increased from 8 million to 76 million. A record number of phone calls and emails were being intercepted. Not even Congress knew how much was being spent annually on surveillance. That too was a secret!

Does this make Julian Assange a saviour for pulling back the curtain and making these confidential documents public? Not necessarily according to the film’s Oscar winning director, Alex Gibney (Enron: The Smartest Guys In The Room, Taxi To The Dark Side).

With access to a surprising large amount of behind-the-scenes video footage, Gibney portrays Assange as a man full of contradictions who “liked crushing bastards”. There are times when you will agree with Assange’s actions. There are times when you will not. The ultimate paradox comes from the fact that in exposing the truth, Assange had to tell lies. It comes back to an age old question – does the end justify the means?

The film is about more than just Julian Assange though. An equal amount of time is spent examining Bradley Manning, a U.S. Army soldier who leaked a plethora of diplomatic cables and war logs to Wikileaks. The film may sit on the fence when it comes to judging Assange but it’s clearly sympathetic towards Manning. The United States Government turned him into their “scapegoat” and his subsequent persecution highlights the perilous nature of being a whistle blower. Manning makes for a great character study but I’m a little puzzled as to why so much time is spent exploring his difficult personal life. Should it have any impact on the decisions he made?

A large amount of chatter could be overheard in the foyer following last week’s preview. To me, this is a positive. Alex Gibney has shone his spotlight into a few dark corners and shown us something worthy of discussion.