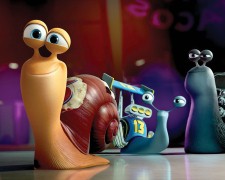 As part of my non-film related life, I sit on the Board of Golf Queensland and am manager of the Queensland men’s amateur team that competes once a year against the other states. Most of them would have dreams of going on and becoming a successful professional golfer. They’d hope to play for millions every week in the United States and follow in the footsteps of other successful Queenslanders such as Greg Norman, Adam Scott and Jason Day.

Will they all make it? Hell no! The world of professional sport can be incredibly difficult to break into. While 10 Australians have made more than $500,000 this year on the U.S. PGA Tour, there are hundreds of other professionals struggling here in Australia. They travel from town-to-town and compete against each other in pro-ams where the prize pool doesn’t often exceed $15,000. A 10th place finish (still pretty good) might only get you $250. It’s a tough way to make a living.

So what do I say to the members of the Queensland golf team? Should I be a realist? Tell them that the odds of making it are ridiculously slim and that it’s time to start thinking about a back-up plan or another career? Or do I need to play the role of a dreamer? What if they are one of the lucky ones? How will they succeed if I’m not offering encouragement and support?

Movies on this subject usually favour the same point of view. In fact, there are two films out this week that have the same theme. In Planes, we follow a small crop duster who wants to compete against the much bigger planes and win a lucrative around the world race. He’s a massive underdog but he goes on to win the race and prove the naysayers wrong.

Turbo centres on a young snail (voiced by Ryan Reynolds) who is fascinated by motor racing and in particular, the Indianapolis 500. But it’s not like a snail can enter the race, right? Wrong. After being exposed to nitrous oxide in an accident, Turbo suddenly develops ridiculous speed. He is found by a simple taco truck driver (Pena) who, with the help of some other snails, finds a way of getting Turbo into the race where he’ll become a media sensation!

Another common attribute of such films is the way that they make you want to cheer for the underdog. To do so, they portray the favourite / current champion as an arrogant schmuck (despite this seldom reflecting reality). Here, Turbo finds himself up against the top driver in the sport – the villainous Guy Gagné (Hader) who will use every dirty tactic in the book to make sure he retains the Indianapolis 500 title.

The film is taking a safe, familiar approach with its “no dream is too big” message. I’d like to see family-oriented flicks take a few more chances but for what it is, Turbo makes for decent viewing. The story is easy to follow, the characters are cute and the voices have been well chosen. There’s also room for a few jokes when exploring the ever-so-slow life of a common garden snail.

Given that it eclipses both Planes and The Smurfs 2, Turbo is my pick of the animated features over the September school holidays.