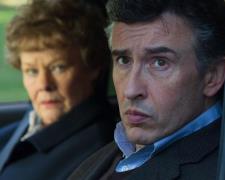 Most won’t be familiar with the name in Australia but Martin Sixsmith was a British journalist who worked for the BBC in the 1980s and then later took on senior roles within the Tony Blair government and the UK public service. He resigned in 2002 after a widely publicised disagreement with a government “spin doctor” and took on a new career as an author and documentarian.

In early 2004, Martin was approached at a party by a woman who sought help unravelling a mystery. Her mother, Philomena Lee, had recently revealed a long held secret. In the summer of 1951, Philomena had been swept off her feet by a young man at a county fair. They had a “good time” and nine months later, she gave birth to a son.

It was a situation that brought much shame to Philomena’s conservative parents. They didn’t want anyone to know their 18-year-old daughter had a child outside of wedlock and so she was immediately banished to a Catholic convent. The nuns were not of the forgiving kind. Philomena was used as slave labour in the laundry and when her son had reached the age of 3, she was forced to give him up for adoption.

For close to half a century, Philomena had wondered what had become of her son. She had tried to get information from the convent but records had strangely disappeared. It was clear they weren’t going to be helpful. He took some convincing but Martin offered his skills as an investigative journalist to assist Philomena. What followed as a fascinating series of discoveries that culminated with Martin publishing a book in 2009 entitled “The Lost Child of Philomena Lee”.

Brought to the screen by Academy Award nominated director Stephen Frears (The Queen, High Fidelity), Philomena is one of this year’s best releases. It’s an emotional tale that exposes a dark chapter within the Catholic Church. Controversy was always going to follow. New York Post critic Kyle Smith described it as “90 minutes of organised hate”.

To describe the movie as such is very narrow minded… at least in my opinion. Yes, it’s highlighting some bad things within the Catholic Church but it goes far beyond that and delves into the idea of forgiveness. At what point does an act become unforgiveable? Martin and Philomena have differing points of view with each trying to convince the other during several key scenes.

Not only is the film an interesting real-life drama, it also works as a buddy comedy thanks to the versatile performances of both Steve Coogan and Judi Dench. There’s fun to be had exploring the generational gap and listening to their varied thoughts on the world. There’s tension, there’s frustration, but there are also moments of connection. Coogan co-wrote the script with friend Jeff Pope and it was nice to see them take the best screenplay prize at the Venice Film Festival back in September.

Taking second place in the People’s Choice Award at the Toronto Film Festival (behind the much acclaimed 12 Years A Slave), Philomena offers laughs, tears and a few surprises. It’s a crowd pleaser… and a good one at that.