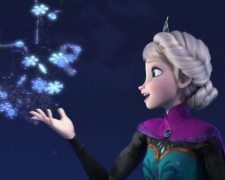 During the September school holidays, a journalist asked me what I look for in a good animated feature. Two thoughts immediately came to mind. Firstly, the film has to appeal to both kids and adults. It’s been done before (see Shrek) and it can significantly broaden the audience and yes, the box-office. Secondly, the film needs to be original. People want fresh storylines, fresh ideas and fresh concepts. You need to give them something to remember.

It’s this second quality that has been lacking from most animated features over the past few years. Back in the early 1990s, when I was growing up, Disney dominated the market place. It wasn’t a monopoly… but it wasn’t far off it. They’d release one BIG film each summer and no one dared to compete. The fact that animation was a once-a-year event helped keep audiences engaged, invigorated.

Fast forward to the year 2013 and we’re now seeing more than a dozen animated features released here in Australia. The likes of Pixar, Dreamworks, Sony, Paramount, 20th Century Fox and Studio Ghibli have all crept into Disney’s space. Instead of dazzling us with originality, most of this year’s efforts have stuck to safe, formula-driven, moral-heavy storylines. They’re about “being yourself” and “following your dreams” and “never giving up”. That’s fine… and I realise the animation is always top-notch… but when you get the same stuff again and again, it gets tiring.

Frozen succeeds because of its great story and its catchy musical numbers. Sure, there are messages and morals that you can take away from cinema (such as “fear will be your enemy”) but they’re not the focus. Loosely based on the 19th Century Hans Christian Anderson fairy tale The Snow Queen, the film follows a young princess named Elsa (Menzel) who has the power to create ice and snow. Unfortunately, she doesn’t know how to control her powers and so she has locked herself away from the world and has kept her distance from her energetic sister, Anna (Bell).

She can’t hide forever though. The kingdom needs a queen and Elsa must take the throne following the death of her parents. Things go smoothly at the coronation... until Elsa loses her composure and her secret powers are revealed. She flees into the mountains and the kingdom is brought a standstill, now covered in snow. With a small group of new friends, including a talking snowman (voiced by Josh Gad), Anna goes in search of her older sister to remedy the situation. There will be complications.

In his efforts to find actors who were willing to improvise and push the boundaries of each character, producer Peter Del Vecho discovered that those from the theatrical world were the best fit. Just as importantly, they could also sing. Stars Kristen Bell, Idina Melzel, Jonathan Groff and Josh Gad all found stardom on Broadway and they use their own voices to bring the film’s many musical numbers to life. It’s been a while since we’ve seen this many songs in a Disney film. I’m still struggling to get the beautiful “Let It Go” out of my head.

It’s ironic that since the animated feature category was introduced at the Academy Awards in 2001, a Walt Disney Animation Studios production is yet to take home the coveted statuette. That might be about to change thanks to Frozen.