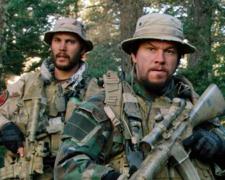 Lone Survivor is based on a 2005 true story and follows four U.S. Navy SEALs who were part of a team trying to gather surveillance on an important Taliban leader. They were to hide in the mountains near Asadabad, observe the goings-on in a nearby village, and then report key details back to their base (who could plan an attack).

It’s not as easy as it might sound. This mission, described in the film as one with “a lot of moving parts”, went pear shaped after the four men lost their communications and were then seen by a goat herder and his two young sons. They were soon set upon by a sizeable Taliban army who knew the mountains very, very well.

You might ask yourself the question – why the hell is the film called Lone Survivor? Isn’t that giving away the ending? The answer to question is “yes” but it’s not as big a spoiler as you might think. Firstly, the movie is based on the novel “Lone Survivor” written by Marcus Luttrell – the man who did live to tell to the tale. Secondly, the story is told by way of flashback. We see a badly injured Luttrell at the start… and we then slip back a few days to see how he got there.

This is an intense film. You get a clear sense of the panic these guys felt and the hopelessness of their situation. You’ll also feel their pain as they desperately throw themselves off mountain cliffs and onto to further rocks below. It’s been well shot by actor-turned-director Peter Berg (Battleship) who has also assembled a strong cast headlined by Mark Wahlberg, Taylor Kitsch, Emile Hirsch and Ben Foster. Australian Eric Bana makes an appearance as the team’s base commander.

Berg, who adapted the screenplay, also takes the time to explore a moral angle. When the four SEALs are discovered by the goat herder and his sons, there’s a heated debate amongst the soldiers as to what to do. Do they follow the Rules of Engagement and let them go on the basis that they are innocent civilians? Or should they be killed to eliminate the risk that they’ll return home and alert the Taliban leaders?

There have been a few question marks about the film’s authenticity since its release in the United States last month. It would appear that some scenes have been embellished for dramatic effect. Those critics have a point (the over-dramatisation is too obvious in places) but on the whole, I don’t believe the film’s themes or messages have been lost. I’ve watched a few interviews with the real Marcus Luttrell and he too appears to be satisfied with what ended up on screen. Hopefully you’ll feel the same way.