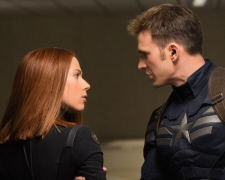 The Captain America franchise was launched back in 2011 with Chris Evans in the leading role (successfully distancing himself from the underwhelming Fantastic Four series). Titled The First Avenger, the movie provided the background to this unlikely hero and saw him defeat Adolf Hitler’s weaponry chief (played by Hugo Weaving) during the later stages of World II. The film ended with Captain America being frozen in a block of ice and then subsequently awoken in the current day. This led perfectly into The Avengers – the ridiculously successful 2012 release that saw him team up with Thor, Iron Man and the Hulk so as to save the world… again.

Are you up to speed? Oh wait, you knew that already didn’t you? Sorry. I just thought I should include a brief introduction for the 1% of the population that hasn’t been contributing to the box-office phenomenon created by Marvel Studios. Past film-going generations have flocked to see musicals, Roman epics, gangster flicks and cop thrillers. Today’s crowds obsess over comic book superheroes and based on the number of productions in the pipeline, it’s a fad that’ll be with us for a few more years yet.

While there are plenty of laughs to be had watching the Thor and Iron Man movies, Captain America: The Winter Soldier indicates that this particular franchise wants to head in a darker, more political direction (in the same vein as Christopher Nolan’s recent Batman trilogy). I really like the approach. It asks questions about the role of superheroes and governments. It highlights the importance of trust and the heavy burden of power. It illustrates the blurry line between good and evil.

You may not get that impression at the start. The film opens with Captain America trying to find his place in the world… and taking girlfriend suggestions from his partner in crime, the Black Widow (Johansson). A lot has changed since he was frozen back in 1944 and so he’s put together a quick “to do” list based on the recommendations of friends. It was a nice touch to see eating Tim-Tams on the list!

Unfortunately, there won’t be time for hot dates and chocolate biscuits. This isn’t a romantic comedy. After helping rescue a group of hostages from a hijacked boat, Captain America gets a sense that something is rotten in the state of S.H.I.E.L.D. He asks questions of those at the top of the organisation, Nick Fury (Jackson) and Alexander Pierce (Redford), but clear answers are not forthcoming. The arrival of a mysterious masked assailant, known as the Winter Soldier, only adds to the confusion.

It’s hard for me to say too much more without giving away key plot specifics. The screenplay has been carefully assembled by Christopher Markus and Stephen McFeely (who both wrote the first film) to deliver maximum intrigue. With no clear villain or motive established during the opening hour, you might be wondering where the story is heading. Don’t worry though. When the film’s true nature is revealed, it’s compelling, thought-provoking stuff. I’ll add as asterisk though. I’d have preferred a few elements of the “nasty” plan to have been fleshed out in more detail.

While I often tire of the action blockbusters that crowd every America summer, you can almost always count on Marvel Studios to produce an entertaining product. That’s certainly the case here. Chris Evans and Scarlett Johansson make for a strong, likeable crime-fighting duo (there’s great banter between them). Some action scenes stray too far into fantasy-land but it’s a fault that’s easy to forgive given the interesting plot.

With Iron Man, Thor and Captain America all bestowed an individual film over the past 12 months, it’s time to bring them back together again for Avengers: Age Of Ultron, due for release in May 2015. You’ll get a brief glimpse if you stick around through the closing credits. I’m already looking forward to it.