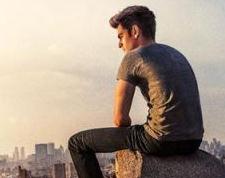 In the film’s opening action sequence, Spider-Man (Garfield) saves the citizens of New York from a crazy, near-incoherent European criminal (Giamatti) who has hijacked a truck filled with deadly plutonium. Spider-Man cracks a few jokes, endangers a few lives, but then manages to bring the situation under control. The many onlookers (who didn’t seem too phased by the barrage of bullets) then celebrate another Spidey success story.

You couldn’t ask for a more lifeless, clichéd opening. There was a time when you could probably get away with goofy stuff like this. Not anymore. Superhero movies have evolved. The public (well, me in any case) want to see something fresh and surprising. Watching a computer generated Spider-Man fly across the screen in slow-mo, then fast-mo, then slow-mo… it just doesn’t generate a lot of excitement (especially when you do it again and again).

In this new Spider-Man instalment, which clocks in at almost two and a half hours (unnecessarily long), we see Peter Parker try to piece together his family tree, maintain his rocky relationship with girlfriend Gwen Stacy (Stone), and defeat a new series of villains – none of whom have very well-thought out plans.

Almost every subplot is underdeveloped. The film hints at a growing public concern about Spider-Man and whether he’s a great hero or a meddling vigilante. For example, a newspaper describes him as a “Spider Menace”. This doesn’t go anywhere though.

Emma Stone, who had plenty to do in the 2012 reboot, feels like a token love interest this time around. She’s thinking about furthering her career by accepting a scholarship at the University of Oxford in the UK… but of course, that would mean leaving her one true love. What’s a girl to do? At least they still have a little together so as to go on midnight strolls and chat about Korean meatballs.

The film’s most interesting character is Harry Osborn – played by one of my favourite young actors, Dane DeHaan. He’s taken control of Oscorp, a leading research company, following the death of his father (you can find out more about this in the first film). He embarrassingly professes “that people are pissed off because we tried to turn everyone into a giant lizard”. It’s one of the film’s best lines. But again, we never really get to know his character in sufficient detail. He has some kind of illness, some kind of chip on his shoulder… but that’s the best explanation I can offer.

Equally puzzling is the film’s keynote villain – Electro (Foxx). He was once a disliked employee at Oscorp (talking to himself in public probably didn’t help him win many friends). Now, he’s been transformed into some kind of electricity generating hologram after falling into a giant tank of eels. Suffice to say he’s pissed off… and for some silly reason, he wants to take out his frustrations on Spider-Man.

It culminates with a big action finale that is just a mess of sound and visual effects (with more slow-mo, fast-mo, slow-mo stuff). It’s too easy for the computer-generated Spider-Man. It’s like a video game. You never really feel any suspense. This is in contrast to last fortnight’s Captain America flick which showed how to use mix live action with not-so-obvious visual effects.

So where does this series head next? Will there be a third film? Don’t expect any teasers during the closing credits. There’s just an out-of-place preview for X-Men: Days Of Future Past which is released next month. It’s another odd choice in what is an underwhelming film going experience.