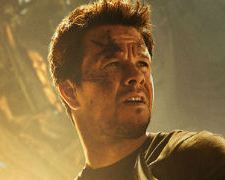 There are times in life when it is critically important to follow a strict formula.  If I need someone to build my dream home, the construction workers need to be millimetre-perfect with their measurements.  If I need someone to produce a drug for my nasty flu, I need the chemist to be precise with the mix of ingredients.  If I need to borrow money for my start-up enterprise, I need the bank manager to calculate the correct amount of interest for the repayment schedule.

It’s not often I use the terms “millimetre-perfect”, “precise” and “correct” when describing the work of a filmmaker.  This is because the world of cinema is a hugely creative medium.  Every director needs to put a finished product up on the big screen… but how they get there is completely up them (or perhaps a meddling producer).

The concern I have with Transformers: Age Of Extinction is that it’s all so tiringly unoriginal.  Aside from the stellar efforts from the visual effects team (who must have received the majority of the film’s $165m budget), it feels like an amalgamation of action clichés.  It’s so extreme, so over-the-top that it makes The Fast & The Furious franchise look like an episode of the Golden Girls.

To set the scene, Age Of Extinction is a mini-reboot in the sense that it’s dumped the original cast (Shia LaBeouf, Josh Duhamel, Tyrese Gibson) and gone with a clean slate.  The story is set five years after Dark Of The Moon (released back in 2011) and shows the world to be a very different place.  A top-secret, heavily funded government department, that doesn’t even report to the U.S. President, has taken it upon themselves to rid the world of the friendly Transformers – known as the “autobots”.

Why would they do this?  It turns out the department’s head, played a laughably “sinister” Kelsey Grammer, has grandiose plans.  He wants to use the Transformers technology to create an army of robots that will forever defend the United States from its growing list of adversaries.  It’s not just a power trip though.  He’s also got shares in the company (run by Stanley Tucci) so stands to make tens of millions of dollars.  I guess he forgot to note that in his “conflicts of interest” register.

The only person (seemingly) who can save the day is Cade Yeager (Wahlberg) – a penniless technician who can’t catch a break.  He’s six months behind on his mortgage payments and the bank is about to foreclose.  His 17-year-old daughter (Peltz), who somehow has enough money for beauty products, has missed out on a college scholarship and now sees her future in doubt.  Oh, and there’s the issue of her 20-year-old, racing car driver boyfriend (Reynor).  Cade has been crafted as an over-over-overbearing father and so screenwriter Ehren Kruger uses it to insert a tiring number of jokes where he and the boyfriend antagonise each other.

The film clocks in at an unnecessarily long running time of 165 minutes.  It’s surprising how little story there is given the length.  It doesn’t have the complexity or nuance of a top-notch superhero flick.  There’s no blurry line between good and evil.  Transformers: Age Of Extinction provides action with zero tension.  That’s it.  You’ll see exploding cars, exploding boats, exploding buildings – complete with actors running in slow-motion away and some really cheesy dialogue.

If they’d have taken the 22 Jump Street approach and designed this more as a spoof, I’d have been much more agreeable.  Instead, director Michael Bay has created an overly serious piece that wins points for its sheer spectacle… but not much else.