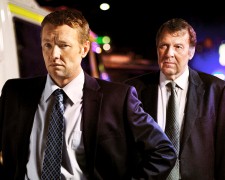 Allow me to put forward a theoretical situation for you to consider.  You’ve achieved a major milestone at work and to celebrate, you go with your colleagues to a nearby pub for a few drinks.  It turns out to be a very long night and you end up chatting, drinking and partying until about 4am the following morning.

You’re not “hammered” but you’re almost certain that you’re over the 0.05% blood alcohol limit.  Still, you decide to risk it and drive home anyway.  It’s only a short trip and there be almost no cars on the road.

On the way, you pass a young teenager riding his bike and delivering newspapers.  You slow down and veer to the right to make sure that you give him enough room but you misjudge the distance.  The kid clips your left side view mirror and he falls from his bike.  You pull the car over to make sure that the teenager is alright… but it turns out that he’s not.  He’s not wearing his helmet and is now unconscious after hitting hit his head on the road surface.

It’s a quiet street.  There are no witnesses, no other cars, no CCTV cameras.  Let me now ask the question – what would you do in this situation?  Would you flee the scene and hope you don’t get caught?  Would you call an ambulance but then say that you just found the kid and had nothing to do with it?  Or would you confess to it all – telling the authorities that you were over the limit and were responsible for the accident?

If I had you on public radio, you’d probably say that you’d do what is “right” and confess.  The reality is that while we can speculate, we never know how we’re going to react in a particular situation until we experience it firsthand.  There are a substantial number of “hit and run” accidents in Australia.  The point I’m trying to make is that not all of these perpetrators are villainous monsters.  Some are just ordinary people who have made a snap decision, albeit a bad one, in a very stressful situation.

This concept gets to the heart of Felony – the new film from writer Joel Edgerton (The Square, The Rover) and director Matthew Saville (Noise, Please Like Me).  It centres on a celebrated police detective (Edgerton) who has caused an identical accident.  He does his best to help the unconscious kid by calling an ambulance and waiting for it to arrive… but doesn’t confess.  He tells the investigating detectives (played by Tom Wilkinson and Jai Courtney) that he just came across the scene and that he saw another car speeding off into the distance.

Edgerton has described this film as a “crowd participation movie”.  It’s like when you leave a child’s birthday party and are given a bag of lollies to take home.  He wants the experience and the discussion to continue after you’ve left the theatre.  It’s a big reason why two-time Academy Award nominated actor Tom Wilkinson was attracted to his own role.  This is a thought-provoking thriller that asks interesting questions.

How can we determine the difference between an unavoidable accident and a preventable act of negligence?  Even if we knew all the facts of a particular situation, is there a clear line that separates the two?  How easy is it to forgive someone for a tragic mistake?  Is it any easier if it’s a good person who has done the bad deed?  If we cover up a crime, why do we feel guilty?  Is it because we know we’ve done the wrong thing… or is more because we’re worried about being caught?

It’s a fantastic set up and while there is some great drama throughout, Felony stumbles in its later stages.  The finale has too many twists and too many convenient coincidences.  It’s hard to take seriously.  Thankfully, its messages aren’t lost and its questions still linger in my mind.

You can read my interview with writer-actor Joel Edgerton by clicking here.