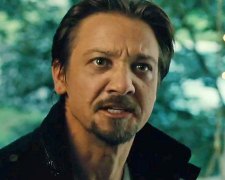 In 1996, American journalist Gary Webb (Renner) came across a career defining story.  He had evidence that Nicaraguan drug cartels has been importing and selling cocaine in Los Angeles during the 1980s.  That in itself wasn’t news.  Most knew that anyway.  The catch was that the CIA knew this was going on but were turning a blind eye.

Why?  Well, that’s because the profits from the drug trade were going to CIA-supported rebels in Nicaragua.  They could then buy arms and continue their fight to overthrow the Nicaraguan government (a cause that President Reagan supported).  The bottom line – the CIA was prepared to lose one fight (the growing cocaine epidemic) in the hope that they would win another (political stability in Nicaragua).

The first half of the film chronicles Webb’s efforts in bringing the story to the public’s attention.  Working for the San Jose Mercury News, a small newspaper with an even smaller circulation, Webb didn’t have a lot of resources at his disposal.  He would have to do all the heavy lifting himself.  A further complication is that not all of his sources were willing to go “on the record”.  We see Webb being warned by a National Security Council official that “some stories are just too true to tell.”

Webb’s article was published in August 1996 and became headline news across the country.  Director Michael Cuesta uses archival news footage and interviews to help illustrate the level of public concern that existed at the time.  There was particular outrage from the African American community as many youngsters had become cocaine addicts.

What happened next may surprise you.  It was certainly a surprise to Gary Webb.  Bigger newspapers were unhappy that they’d missed this “exclusive” and so, instead of investigating the CIA further, they went after Webb.  The Los Angeles Times, The New York Times and the Washington Post tried to discredit his allocations by using “anonymous intelligence officials” as their sources.  It left Webb ostracised by the journalism community and struggling to keep his own job.

Based on the 2006 book written by Nick Schou, this is a film that sides with Gary Webb.  Not everyone is going to agree with that stance.  Jeff Leen, an editor for The Washington Post, describes this Hollywood-ised version of the film as “pure fiction” and notes Schou’s own comments that Webb’s stories “contained major flaws of hyperbole.”

So who is right?  I’m not sure anyone knows the full answer given how many people “may” have been involved in the CIA’s “alleged” conspiracy.  Those particularly interested in the subject matter can do more reading on the web (or perhaps track down Schou’s book).  The film heightened my interest in this small piece of history so it’s effective in that regard.

I was also lured in by the film’s look at the inner workings within the media.  It may be set in the mid-1990s but its issues of journalistic integrity as just as relevant today.  You can scrutinise the actions of the Gary Webb and the staff at the San Jose Mercury News.  You can do the same for those at the major newspapers who subsequently went on the attack.  It’s a nice reminder of the adage – “never let the facts get in the way of a good story.”