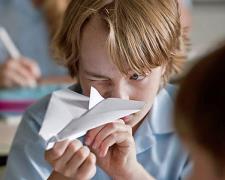 It’s surprising that we don’t make more family orientated films in Australia.  We’ve certainly proven that they can be successful.  Babe, Happy Feet and Red Dog all made more than $20 million at the local box office (ranking them in the top 10 of all time).  Instead, our focus has been more on dramas, comedies and documentaries.  When it comes to family product, we’re happy to rely on the big budget stuff coming out of the United States.

Australian director Robert Connolly is trying to reverse that trend.  Having already made some terrific adult dramas (The Bank, Balibo and The Turning), Connolly wanted to make something for younger audiences.  His motivation wasn’t financial though.  He’d simply grown tired of taking his own kids to the movies every school holidays and seeing nothing but Americans on screen.  He’d rather they had the chance to see a film shot in this country where Aussie kids are the heroes.

The premise should be easy for children to follow.  Dylan (Oxenbould) is an 11-year-old who lives with his father (Worthington) is a remote part of Western Australia.  Motivated by a competition at his own school, Dylan has a crack at the Australian Paper Plane Championships.  His training runs are dismal but with the help of his teacher and a new best friend, it’s not long before he’s off to Sydney and ready to compete against the nation’s best.

It’s a super-cheesy film that doesn’t always make a lot of sense… but its heart is in the right place.  There’s an important subplot involving another kid (Bakopoulos-Cooke) who has also entered the competition with just one goal in mind – to win.  His dad (Wenham), a former top professional golfer who has been through his share of ups and downs, is trying to tell him otherwise.  What’s the point of being victorious if no one likes you?

Those who saw last month’s Alexander And The Terrible, Horrible, No Good, Very Bad Day will already be familiar with this film’s star, Ed Oxenbould.  He comes from an acting family (his uncle played Ben in the 1990s television series Hey Dad) and is loaded with talent.  He delivers his dialogue so genuinely and it’s also nice to see him using his native Aussie accent this time around.

Connolly and co-writer Steve Worland (Bootmen) have tried to pack a touch too much into the 90 minute running time.  Not all the storylines get the attention they deserve and it’s a rush to wrap them all up in the later stages.  Still, this is a satisfying Aussie family flick that I hope audiences make time for over the holidays.