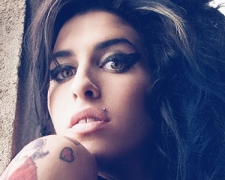 Senna, released in Australia back in 2011, was a brilliant documentary that recounted the life of the late Ayrton Senna.  Director Asif Kapadia included no narration track, no re-enactments and no modern day footage.  He utilised previously unseen footage, and he made something that felt more like a drama than a documentary.  It was riveting from start to finish.

I had the chance to speak to Kapadia back in 2011 and he spoke about his interest in the documentary genre.  Kapadia has directed several dramas (The Warrior, The Return, Far North) but he gravitated towards documentaries because of their simplicity.  You don’t need to rely on actors, writers, set designers and visual effects artists.  A doco can be put together in a shorter time frame with a smaller unit and a smaller budget.

It’s therefore no surprise to see Kapadia sticking with what he does best.  Amy is a 2-hour documentary that focuses on another high profile individual who passed away far too young – Amy Winehouse.

In the mid-2000s, the world put Winehouse on a pedestal.  She was a talented British singer-songwriter who won several Grammy Awards and played in front of sold-out crowds.  When her addictions to drugs and alcohol became widely known, the world laughed and tore her down.  She was hounded by the paparazzi and became a subject of amusement to comedians such as David Letterman and Jay Leno.

Kapadia follows Winehouse’s career using a chronological timeline.  In one of the film’s early scenes, we see a 14-year-old Winehouse hanging out with her best friends, making jokes, and singing Happy Birthday.  It’s surreal to think that this footage, shot on an old hand-held camera at home, is now part of a film that premiered at the Cannes Film Festival.  No one knew then how famous she would become.

Just as he did in Senna, Kapadia avoids “talking head” style interviews.  He has conducted recent interviews with those close to Winehouse (her father, her husband, and her best friends) but we don’t see them on screen.  Rather, we hear their voices as we watch archival footage of Winehouse at her best… and also at her worst.

It’s not an Earth shattering message but Amy firmly reiterates that “celebrities” are no different from the rest of us.  Fame and fortune doesn’t exempt you from the effects of addiction and depression.  Winehouse was a troubled woman forced to endure her problems publicly.  The film also points the finger at those close to Winehouse and asks whether they did enough to help.

It wasn’t easy getting everyone to talk but Kapadia conducted roughly 80 interviews as part of the filmmaking process.  Like any good documentarian, he wanted to ensure his representation of the subject matter was “honest and truthful”.  Not everyone agrees.  Amy’s father, Mitch, has voiced his disapproval for the way that both he and Amy are portrayed.  He stated on BBC radio that he may even “sue for damages.”

There’s plenty to take away from Amy.  It’s a celebration of her musical talents and the way in which her song lyrics have created a soundtrack to her life.  It’s also shows us the world of a mega-celebrity and the difficulties they face in remaining sane and grounded.