Review: Secret In Their Eyes 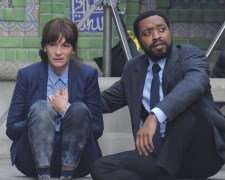 A friend asked me last week about I remember all the movies I’ve seen during my 20 years as a critic.  It was an easy answer – I can’t remember them all.  When I look back at old release lists, some titles leave me scratching my head.  Other titles sound familiar but don’t ask me any details about the cast or plot.  Given I see more than 200 films a year, there just isn’t enough room in my head for all to make a lasting impression.

The reason I tell that story is because one movie that has stuck with me is El secreto de sus ojos, an Argentinian film released in Australia back in May 2010.  It came with much hype having won the Academy Award for best foreign language film (in an upset) and broken box-office records within Argentina.  I’ve never forgotten the ending.  Director Juan José Campanella crafted an intricate, superbly told story that whacks you will a sledgehammer as the credits start to roll.

As we know, not everyone is a fan of subtitles and so director Billy Ray (the screenwriter behind The Hunger Games and Captain Phillips) has taken a well-worn path and created an American remake.  A few small changes have been made but it’s largely faithful to the source material.

The narrative centres on Ray (Ejiofor), a man tortured by a crime that occurred 13 years ago.  At the time, he was working as an FBI agent for a counter terrorism unit based in Los Angeles.  Ray and his close colleague, Jess (Roberts), attended a crime scene one night and their lives were forever changed.  The dead body of Jess’s own daughter had been found in a dumpster outside a mosque they had been closely monitoring.

Just like the original, Secret In Their Eyes has two timelines running concurrently.  The first is in the current day.  Ray believes he’s finally tracked down the killer and is trying to convince the District Attorney (Kidman) to reopen the case and go after him.  The second is at the time the murder took place.  We see how the crime was first investigated and why the perpetrator slipped through the fingers of the police.

It’s nice to see the story told again but this remake can’t match the power of the original.  Billy Ray struggles when it comes to the big finale.  It’s over dramatized and over explained.  The same applies to the romantic tension between the respective characters of Chiwetel Ejiofor and Nicole Kidman.  The film delves into this subplot numerous times but the stiff dialogue makes it hard to feel the connection.  The one exception is a scene in a bar (it’s late in the film) where they finally open up.

This is still an engaging thriller.  It’s not relying on set action pieces (ala a Liam Neeson action-thriller) to entertain.  It’s delving into the power of grief and the reason we do things – rightly or wrongly.  It’s also a story of ethics and how authorities give some crimes more importance than others.  I’m looking forward to seeing what audiences make of it.