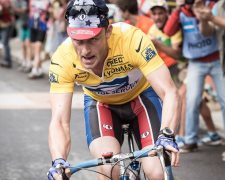 People still look back at the 2008 global financial crisis and ask the question – how the hell did it happen?  The world’s major economies are still feeling the effects today.  Banks were providing home loans to customers who were clearly going to struggle to meet the repayment terms.  These loans were then packaged, given top marks by ratings agencies, and sold to investors.

What’s amazing is that this went on for so long.  Greed is a powerful motivator.  Bank executives were getting huge bonuses.  Stock traders were earning big commissions.  Ratings agencies and regulators were applauded as the markets continued to climb.  Those that spoke out against these questionable practices were ridiculed and given little media attention.  A toxic culture had been created and almost everyone was “drinking the Kool-Aid.”

This analogy applies equally to professional cycling.  For many years, Lance Armstrong was the poster child of the Tour de France.  His story was a marketer’s dream.  He overcame testicular cancer in the late 1990s and then became one of the greatest cyclers of all time with 7 consecutive Tour victories.  There were some who questioned his prowess but most believed Armstrong to be an honest, reputable athlete.

History has since proven otherwise.  A report released in 2012 by the U.S. Anti-Doping Agency stated that Armstrong’s team “ran the most sophisticated, professionalized and successful doping program that sport has ever seen.”  It brought huge shame to the sport and Armstrong was stripped of his titles.  Just like the global financial crisis, the public were asking the question – how the hell did it happen?

Director Stephen Frears (The Queen, Philomenia) offers his thoughts in The Program.  Frears admits he’s not a cycling fan and he never intended this to be a sporting film.  It’s a drama about a crime being perpetrated in front of everyone’s eyes for more than a decade.  Many knew that Armstrong was cheating but no one wanted to blow the whistle.  It seems everyone had a vested interest.  The sport was growing and huge sponsorship revenue was being generated.  Armstrong was an American “hero” who even had his own charity for cancer survivors.

The film is told from two perspectives.  The first, and most prominent, is that of Armstrong (Foster) himself.  We see his competitive psyche and learn how he duped the drug testing organisations for so long.  It was frighteningly simple.  Actor Ben Foster has admitted that he took performance enhancing drugs, through a supervised program, in preparation for the role.  He wanted to understand the effects it had on him both physically and mentally to help with his portrayal of Armstrong.

The second perspective is that of an Irish sports journalist, David Walsh (O’Dowd), who also provided the source material for the screenplay.  Walsh had suspicions about Armstrong after his first Tour de France win in 1999 and spent years digging for information.  He didn’t “look the other way” like his counterparts.  There’s a great line in the film when Walsh proclaims that he “has no interest going up a mountain to watch chemists compete.”  When he first went public with his allegations in 2004, Walsh was ostracised by many within the sport.

Given the difficulty in trying to recreate the expansive Tour de France, Frears has used actual footage during several scenes.  You’ll hear the commentators praise Armstrong’s victories and think about how much has changed with the benefit of hindsight.  The more interesting stuff involves Walsh.  This is a guy who knew the truth but couldn’t convince others.  There’s an absorbing subplot where Walsh befriends the head of an insurance firm (Hoffman) who had his own complicated concerns about Armstrong’s accomplishments.

While many of us would hope that the events depicted in The Program are an isolated incident in the sporting world, the recent FIFA scandal highlighted that money and power often lead to corruption.  Don’t ignore it.