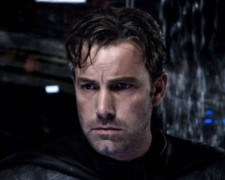 There were a few tiffs between the superheros in The Avengers franchise but we haven’t seen anything on this scale before.  The title sums it up quite clearly.  For those that saw 2013’s Man Of Steel, it ended with Superman (Cavill) taking on the villainous General Zod who was intent on obliterating the planet.  People got killed, buildings got destroyed but in the end, Superman emerged the victor.

The opening scenes of this sequel relive those moments through the eyes of Bruce Wayne (Affleck).  He was caught unawares and never got the chance to don his Batman costume and get involved in the battle.  All he did was help save a friend who found his legs trapped under a heavy iron beam.

Superman’s methods weren’t flawless but let’s cut to the chase – he saved the world.  Without him, the human race would be gone, finished and kaput.  For some odd reason though, Batman sees him as a threat.  He’s worried that as Superman has such incredible power, there’s a risk he could turn bad himself one day and destroy us all.

It turns out the feeling is mutual.  Superman sees Batman as being “above the law”.  Instead of letting the justice system do its work, he believes that the masked crime fighter is dishing out his own brand of punishment to those who deserve it.  Why can’t we all just get along, huh?

The conflict between the title characters is really, really hard to buy into and the screenplay drags it out as long as possible.  In the rare moments where they come face-to-face, each misses a simple opportunity to clear the air and set the record straight.  Their respective “advisers” offer little in the way of counsel.  Alfred Pennyworth (Irons) makes the occasional sarcastic comment as he walks around Batman’s lair.  Louis Lane (Adams) is juggling a million other balls in the air.

There is an actual “bad guy” in the film and it’s a name you should have heard before – Lex Luthor.  He’s the most interesting character in the film with Jesse Eisenberg giving a great performance.  His mannerisms and nonsensical mutters are proof that the guy is both a gifted genius and a deranged psychopath.  He’s got heinous plans of his own but they play second fiddle to the Batman v Superman show for the most part.

This is a puzzling mess of a film.  There are plenty of subplots but they don’t fit together very well.  Holly Hunter plays a U.S. Senator who is asking questions about the risks of unfettered power.  Laurence Fishburne plays a newspaper editor who is influencing public debate about superheroes through his publication.  They’re interesting concepts but they play second fiddle to the tiring, relentless action sequences.

There are a couple of nice twists and a few teases as to what awaits in future instalments of this franchise.  That’s not good enough however.  It’s hard to generate tension when watching Batman and Superman fight and squabble for roughly 150 minutes.