Review: A Month Of Sundays 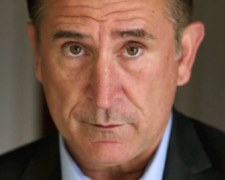 Screenwriters use plot devices to further the storyline.  Sometimes they feel credible.  Sometimes they do not.  The main device in A Month Of Sundays fits into that later category.  Frank (LaPaglia) is a real estate agent who gets a phone call from a woman who sounds like his mother.  That itself isn’t unusual until we learn that Frank’s mother has been dead for more than a year.

No, this isn’t some sci-fi time travel movie.  The person at the other end of the phone is an elderly woman named Sarah (Blake) and she called his number by mistake.  Frank could have spoken, hung up, and left it at that.  It’s what I’d do.  Instead, he’s intrigued by this person who brings back memories of his mother and he decides to meet her.

It’s a bizarre way of bringing two characters together but thankfully, it does develop into something meaningful.  Frank is in need of change, direction.  He’s not particularly good at his job despite the encouragement of his friend/boss, Phillip (John Clarke).  He recently separated from his wife (Justine Clarke) and he’s losing touch with his teenage son (Crowther) who grows more distant each week.

Frank and Sarah are from different worlds but they find comfort in opening up about their respective troubles.  Director Matthew Saville (Felony) is following in the footsteps of other filmmakers and highlighting the value and importance of human interaction.  Internalising our problems is seldom the right approach to take.

Parts of the film don’t come quite come together.  The relationship between Frank, his son, and his ex-wife is the best example.  Given these characters are so critical to his life going forward, it’s strange that they appear in so few scenes.  There’s also a noticeable lack of backstory to explain why their relationships are fractured.

That aside, the interaction between Anthony LaPaglia and Julia Blake in the leading roles makes the film more than worthwhile.  You’re watching two gifted actors work beautifully alongside each other and it adds up to a moving climax.  To help lighten the film’s tone, John Clarke also wins points as a real estate agent kingpin (complete with a giant billboard) who doesn’t mince his words.

Shot in Adelaide and selected to screen last year at the Toronto Film Festival, A Month of Sundays may not leave a lasting impression but it’s likely to hold your attention.