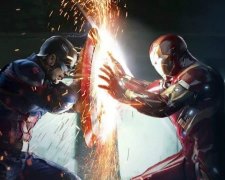 Tired of superhero movies?  Brace yourself because there’s a lot more to come.  Captain America: Civil War marks the first movie in “phase three” of the Marvel cinematic universe.  A total of 10 movies will be released over the next 3 years with everything coming together in a two-part Avengers flick entitled Infinity War.

The opening third of this latest instalment has a strong political flavour.  It’s becoming an overused theme in superhero films but The Avengers find themselves losing favour with the public.  It may sound hard to believe given the number of times they’ve saved the world and defeated a zealous villain.  The problem is the rising civilian death toll.  The King of Sokovia sums it up best – “victory at the expense of the innocent is no victory at all.”

A proposition is therefore put to The Avengers by the United States Secretary of State.  He sees the danger in them having “unlimited power with no supervision.”  In searching for a middle ground, he is happy for The Avengers to continue operating but they must now follow a set of rules and take direction from a governing body controlled by the United Nations.  More than 100 countries around the world support the idea.

It’s at this point where the division begins.  Iron Man (Downey Jr) knows of the dangers of too much power (refer back to Age of Ultron) and is happy to endorse the concept.  He is joined by Black Widow (Johansson), War Machine (Cheadle) and the Scarlet Witch (Olsen).  Vision (Bettany) shares a similar view and puts forward an compelling argument about the growing number of villains looking to take down The Avengers.  Does strength breed challengers?

On the other side of the fence is the faction led by Captain America (Evans).  He’s a little more “old fashioned” and believes that having been gifted with super powers, he should have the right to choose where and when he can use them.  Those loyal to his cause include Falcon (Mackie), Hawkeye (Renner) and Ant-Man (Rudd).

When watching an AFL or NRL match, there are brief moments where a fight breaks out between the two teams.  It normally involves a bit of pushing, shoving, and jumper grabbing.  There’s a lot of passion involved but the players are smart enough not to do anything silly or life threatening.  They’ll often shrug it off and shake hands at the end of the game.

That’s not the case in Captain America: Civil War and it makes for strange viewing.  There are several action sequences where these characters are beating each other as hard as they can.  I’m not sure what they’re trying to achieve.  Are they trying to kill their friends… or merely injure them?  It’s hard to take seriously and there’s not much in the way of tension.

The good news is that there is a more interesting storyline running in parallel.  The Winter Soldier (Stan) has been accused of being the mastermind behind a terrorist attack in Vienna.  He proclaims his innocence but few believe him.  It sets in motion an elaborate manhunt that involves two new additions to the series – Daniel Bruhl as Helmut Zero and Chadwick Boseman as the Black Panther.

There are more characters and subplots that a Game of Thrones episode but somehow, directors Anthony and Joe Russo have managed to mash it all together into something that works.  The political elements grabbed me most but there are still plenty of laughs for those looking for light hearted entertainment.  Spider-Man (Holland) stands out best in that regard and is hilariously chided for talking too much during the fight sequences.

With many storylines left open as the closing credits start to roll, Captain America: Civil War feels like the first episode in a lengthy mini-series.  It sets the stage, offers a few surprises, and teases audiences with a glimpse of what lies ahead.