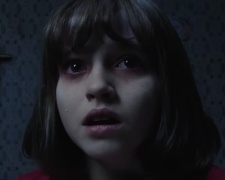 You generally know what to expect when it comes to a horror film.  You’re likely to see demons, ghosts or some other kind of spirit.  Doors will creak open unexpectedly and objects will fly across the room.  The director adds to the suspense by using music and sound, or a lack thereof, at just the right moment.  Some folk in the audience will shriek while others with laugh.

As predictable as the genre can be, it’s possible to create an effective horror film in today’s age.  The Babadook (2014) won AACTA Awards for best picture, director and screenplay.  It Follows (2014) has a 97% approval rating on Rotten Tomatoes and developed a cult-like following.  Other examples that spring to mind are Annabelle, Mama and Sinister.  They’re all a lot more intriguing than the tired Paranormal Activity franchise.

Serving as a sequel to the 2013 original, The Conjuring 2 can now be included in the aforementioned list.  It’s another “feather in the cap” of 39-year-old Australian James Wan who keeps demonstrating his skill behind the camera.  He has left a mark in the horror world with Saw, Insidious and The Conjuring and is now expanding into the action genre with Furious 7 and Aquaman (scheduled to be released in 2018).

The Conjuring 2 begins in 1970s New York by reintroducing us to Ed and Lorraine Warren (played by Patrick Wilson and Vera Farmiga).  The Catholic Church calls them in when frightened parishioners believe they are being terrorised by a paranormal being.  Their first task with any new case is to make sure it is credible.  The Church wants to ensure it is not associated with a proven hoax.

Ed and Lorraine are sent to London to investigate the haunting of a house that has been generating media attention in the British press.  It’s one of cinema’s most overused songs but it still feels appropriate when Wan utilises “London Calling” by The Clash to introduce the London narrative.  A poor family from a run-down home are desperate for help.  They are hearing unexplained noises in the middle of the night and the children are communicating with someone not from this world.

Without giving too much away, The Conjuring 2 is taking a well-worn genre and attempting to fresh it up.  It doesn’t waste time with lengthy character introductions.  There are frights on offer within the opening 10 minutes.  It also doesn’t waste time on tiring “I don’t believe you” subplots.  The mother (O’Connor) is initially sceptical of her children’s tales but it doesn’t take very long before she realises the truth.

The film’s most impressive quality is its use of sound, music and visuals.  Wan clearly knows how to keep the audience on their toes.  There are some terrific sequences where the camera hovers like a ghost above the characters.  There are other great moments (such as one involving a painting) where shadows and lighting are used to perfect effect.  You’re never quite sure whether your attention should be focused on the foreground or the background.

See this at night and see this with a large audience.  The experience will be as cool as the film itself.