Review: Everybody Wants Some!! 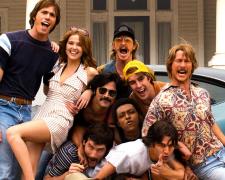 I like Richard Linklater’s approach to filmmaking.  It never feels like he’s trying to tell you a story.  Rather, he just wants to you spend time with a few characters to see what you make of them.  In the Before Sunrise trilogy, we listened to Ethan Hawke and Julie Delpy talk for hours about life, love, the past, and the future.  In the Oscar-nominated Boyhood, we were shown a few key moments in a boy’s journey to becoming a man.

Everybody Wants Some is Linklater’s latest outing and his approach is no different.  It’s set in 1980 and is centred on a guy named Jake (Jenner) who is about to start his first year at college.  He’s not particularly interested in classes or academia.  Jake’s major passion is baseball and he’s keen to make an impact on the college’s already successful team.

While Boyhood was spread over 12 years, the timeline in Everybody Wants Some is far more limited.  Jake meets his housemates in the opening scene (they’re all part of the baseball team) and over the next 3 days, they party hard, they smoke weed, and they drink alcohol.  Two topics dominate almost every conversation – women and alcohol.

That’s pretty much it.  There are no huge character transformations and there are no shock twists.  This is an observational comedy that captures an era that some will vividly remember.  Linklater certainly does.  The film is semi-autobiographical in the sense that he attended Sam Houston State University in 1980 and was a member of their baseball team.

The guys in this story are confident and free-spirited.  They are living away from home for the first time and are free from the rigid shackles of high school.  They have big dreams and high expectations.  They’re ready to have fun, cruise through college, and make a name for themselves as a professional baseball player.  It’s the only career they have in mind and there’s no back up plan.

The film is careful not to judge or praise these characters.  There’s no epilogue that shows their post-college life where they’re working for pittance at a fast-food restaurant and struggling to pay their bills.  That would noticeably change the movie’s tone.  It’s simply showing you what life was like, rightly or wrongly, for student athletes who are part of the college system.

The 1980 setting also allows the crew to have fun with music, sets and costumes.  The outfits these characters wear are hilarious and it makes you wonder if these fashions will ever come back into style.  The soundtrack includes iconic songs from The Knack, Blondie, Van Halen and the Sugar Hill Gang.  They frequent several clubs/bars in their travels that cater for lovers of disco, punk and country music.

As much as I admire Linklater, this doesn’t quite have the same impact as his previous work.  Hard questions are not asked of these characters and there’s very little in the way of conflict or drama.  It’s like hanging out with a drunk friend – it’s entertaining for a while but then things start to become tiring and repetitive.  I was definitely ready to go home after spending 2 hours with this group of guys.