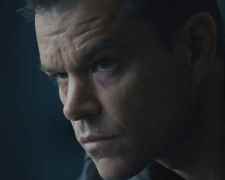 As a quick recap, Jason Bourne was the creation of American author Robert Ludlam who penned three novels during the 1980s.  Universal Pictures subsequently bought the right and created a trilogy of movies between 2002 and 2007.  Matt Damon starred as an assassin who had been recruited and trained as part of a top-secret CIA program.  Over the course of the three films, he learned more about his identity (he originally suffered from amnesia) and evaded/killed those intent on his demise.

With no books left to adapt, some thought that would be the end of the Bourne franchise.  Not so.  The Bourne Legacy was released in 2012 without Bourne (despite the film’s title) and without Damon.  It was an original screenplay and centred on a new undercover operative, played by Jeremy Renner, who was on the run from just about everybody.  It was a modest success at the box-office but didn’t replicate the success of the earlier movies.

I guess we’ll treat The Bourne Legacy the same way as The Fast and the Furious: Tokyo Drift.  It’s likely to be remembered as an unnecessary divergence from what made the franchise so successful.  In this new film, strangely titled Jason Bourne, Matt Damon has returned along with Paul Greengrass (United 93), the Oscar-nominated director who created the second and third instalments.  His fee hasn’t been made public but Damon is likely to have been lured by a pay cheque exceeding $25 million.

With most subplots resolved in the earlier films, Greengrass and co-writer Christopher Rouse have crafted a new mystery for Jason Bourne to wrap his head around.  Who was his father and what did he know about his son’s recruitment into the secretive CIA program known as Treadstone?  Bourne is fed information by former colleague Nicky Parsons (Stiles) and after keeping a low profile for many years, his search for answers brings him back into the spotlight.

This immediately grabs the attention of CIA Director Robert Dewey (Jones) who has engaged a renowned assassin (Cassel) to locate and kill Bourne.  He is motivated by self-interest rather than national security.  Dewey is also working with a high-profile tech guru (Ahmed) to create an online platform that will allow the CIA to covertly watch almost every resident in the country.  This is the more interesting storyline but doesn’t get sufficient attention.

That’s because this is an action film and not a political film.  Greengrass uses exciting, elaborate chase sequences to compensate for the weak, not-so-interesting narrative.  Two lengthy scenes stand out.  The first features Bourne run from CIA agents through the crowded streets of Athens while a violent anti-austerity rally takes place.  The second sees Bourne involves in a destructive car chase through the main streets of Las Vegas.  These moments will provide adrenalin to any action junkie.

It’s just a shame there isn’t more “meat on the bone” when it comes to the story.  The “sixth sense” that Bourne uses to extricate himself from dangerous situations also feels over-stretched.  It’s hard to imagine that he can foresee every move made by the experienced assassin.  He’s starting to take on the appearance of an unbeatable cyborg void of any kind of weakness or vulnerability.

The stage is set for this series to continue.  Hopefully it takes a more adventurous path.