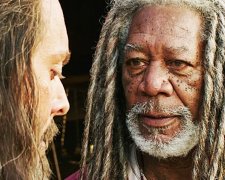 The 1959 Ben-Hur was an epic all senses of the word.  It clocked in at 3 hours & 32 minutes making it one of cinema’s longest mainstream movies.  It had a budget of roughly $15m making it the most expensive film of the era.  It topped the box-office that year and is still one of the highest grossing films in history (adjusted for inflation).  It also won 11 Academy Awards – a record that has never been eclipsed.

Given its extraordinary success, the question will be asked – why did we need to make another one?  Why mess with perfection?  Could we not find some fresh stories worth telling on the big screen for the first time?  If we took that stance though, you’d have to also shine the spotlight on the likes of Hamlet, Pride & Prejudice and Les Misérables.  Someone would also have to explain why we needed three different Spidermen franchises inside of two decades.

If you listen to Russian director Timur Bekmambetov (Night Watch), the reason for this 2016 film is that he wanted to put a different spin on the Judah Ben-Hur tale.  Writers Keith Clarke (The Way Back) and John Ridley (12 Years a Slave) revisited Lew Wallace’s 1880 novel and have created a tale that focuses on forgiveness as opposed to revenge.  Action fans need not stress.  There’s still a chariot racing sequence that serves as a highlight.

The story itself begins in the year 25 A.D. and is centred on a wealthy Jewish prince named Judah Ben-Hur (Huston) who helps rule the independent city of Jerusalem.  Before he passed away, Judah’s father was trying to stop the growing tension between the Jews and the Romans.  He did this by adopting a Roman son, Messala (Kebbell), who he welcomed wholeheartedly into his family.  As if borrowing from the pages of Shakespeare’s Romeo & Juliet, he wanted two “houses” to put aside their political differences and live together in unison.

Unfortunately, things did not work out as planned.  Despite being given all that he could ask for in life, Messala never felt like he had “earned” the family name.  Messala left his brother, headed to Rome, and became a high-ranking soldier.  When he finally returns to Jerusalem several years later, it is clear that he is now loyal to Pontius Pilate (Asbæk), a fear-inducing individual looking to expand the Roman Empire and take control of Jerusalem.

Those plans involve the removal of Judah Ben-Hur who is framed for a crime he didn’t commit and is enslaved for 5 years as an oarsman aboard a large Roman ship.  Finally managing to escape, he crosses paths with a wealthy sheik (Freeman) who offers a helping hand and some advice.  He suggests that rather than retaliate not with weapons… but with something intangible.  If Judah could win the public chariot race competition against his previously undefeated brother, it would put a serious dent in the Roman’s pride.

There are some interesting themes being explored in this reimagined Ben-Hur.  It’s looking at the blurry line between revenge and justice.  It also has something to say about the value of competitive sport and the way it which people can be influenced.  Morgan Freeman’s character sums it up best when he says “give them a show and the people will adore you.”  It left me reflecting on the recent Olympic Games in Brazil.

Despite its best intentions, it’s hard to imagine this film leaving a huge impact on audiences.  Gladiator made a lasting impression because of its strong, charismatic hero (Russell Crowe) and its “can’t wait to see him die” villain (Joaquin Phoenix).  Ben-Hur isn’t even close to matching that level of passion and intensity.  Pontius Pilate is hardly seen and the role of Jesus Christ in the film (played by Rodrigo Santoro) is a puzzling distraction.

The early box-office figures from the United States have been disappointing and one gets the sense that most are not currently in the mood for a grand Roman epic.

You can read by chat with star Jack Huston by clicking here.