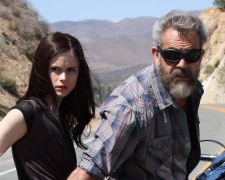 Mel Gibson has put together a resume that any Australian actor would be proud of.  He rose to fame in the early 1980s with Gallipoli and the Mad Max trilogy.  He was snared by Hollywood and starred in a string of hits including What Women Want, Ransom, and the Lethal Weapon franchise.  He then transitioned into directing – winning an Oscar for Braveheart and setting box-office records for The Passion of the Christ.

It’s no secret that Gibson’s career has taken a few steps back over the past decade.  He had always intended to take a break from acting and spend more time behind the camera.  However, the overriding reason was a severe drop in popularity after some not-so-great personal moments.  This included a series of racist comments after being arrested for drunk driving in 2006 and the leaking of a tape that showed him going on a violent tirade against his then wife in 2010.

When you look at the figures, it’s hard to believe how inconspicuous Gibson has been.  Blood Father is only his 6th acting credit in the last 12 years.  It’s not exactly a big film either.  This is a low-budget affair that received a tiny release in the United States before going straight to video-on-demand.

His character has had a similarly chequered past.  Link (Gibson) is an ex-con who spent 9 years in prison and is now trying to forge a new life.  He lives in a rundown trailer in the middle of nowhere.  He makes a meagre living as a tattoo artist.  He reluctantly attends Alcoholics Anonymous meetings and is battling to stay sober.

His quiet, lonely existence is upended when he received an unexpected phone call from his teenage daughter, Lydia (Moriarty).  The two have spoken in several years but she’s in desperate need of help and has nowhere else to turn.  Her ex-boyfriend (Luna) was part of a huge drug syndicate and given how much information she knows, a professional hitman has been directed to kill her.

It evolves into an action thriller reminiscent of the Taken franchise.  In true Liam Neeson style, Link will do whatever it takes to protect his daughter.  He doesn’t care how many laws he breaks, how many crimes he commits, and how many more years he’ll spend behind bars.  This is his one chance do something right for Lydia after years of neglect.

It’s a fairly standard premise but Gibson makes it work by creating sympathy for his forlorn character.  Link has hit rock bottom and you can’t help but support his efforts to find redemption.  French director Jean-François Richet (Assault on Precinct 13) adds value by crafting a number of suspenseful action sequences where Link and Lydia try to outrun and outsmart their many pursuers.

This is a slightly unorthodox release for Father’s Day but for fans of Mel Gibson, it should provide a timely reminder that he still commands a powerful, likeable screen presence.