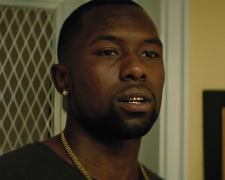 After years of underrepresentation on screen, the plight of black actors and filmmakers became international news at the time of last year’s Academy Awards.  The #OscarsSoWhite hashtag helped inform the public that for the second consecutive year, not a single black actor had filled one of the 20 nominations spots available in the acting categories.  On top of that, a black director had never won in 88 years of Oscars’ history.

The public outcry created almost immediate change.  The Academy announced that they were “going to lead and not wait for the industry to catch up.”  Their goal was to double the number of women and diverse members within the Academy by 2020.  Whilst well-intentioned, the decision raised a fresh batch of questions.  Were black actors and filmmakers not being recognised because the existing membership was racist?  That could easily be inferred.

Such controversy will be largely avoided this year.  While the scales are not yet balanced, African American films and performances are major players in the 2016-17 awards season.  Directed by Denzel Washington, Fences is based on the Tony Award winning play and will see Viola Davis win an Oscar for best supporting actress.  Hidden Figures is about the suppression of African-American women working for NASA in the 1960s and topped the U.S. box-office in its week of release.  Set in the same decade, Loving stars Joel Edgerton and Ruth Negga as a couple looking to overturn archaic laws prohibiting interracial marriage.

As good as all of those movies are, the one most supported by critics is Moonlight.  It took home the Golden Globe for best motion picture (drama), it won a plethora of critics’ awards, and it has comfortably featured on more critics’ “top 10 lists” than any other movie in 2016 (according to Metacritic).  The buzz has been strong since it premiered at the Telluride Film Festival in early September.

The story is based on a work from African American playwright Tarrel Alvin McCraney.  It was a semi-autobiographical piece written back in 2003 (when just 23 years of age) as part of an application to get into graduate school.  It was never published and never performed.  Budding director Barry Jenkins came across the work by chance and felt it had the makings of a great movie.  His judgement was spot on.

A small comparison could be made with Richard Linklater’s Boyhood – a film spread across 12 years that chronicled the upbringing of a boy from Texas.  It was a brilliant drama that tapped into the emotional journey one takes in becoming an adult.  Moonlight has similar themes and is equally broad in terms of its timeframe but the approach is noticeably different.

Jenkins’ film follows a kid named Chiron who is from a poor, troubled neighbourhood in Miami, Florida.  It is split into three segments with each providing a glimpse of Chiron’s at key points in his life.  In the opening chapter, he’s a quiet boy (Hibbert) who is bullied at school by his classmates and is neglected at home by his drug-addict mother (Harris).  In the middle act, he’s an introverted teenager (Sanders) who is battling his sexual orientation.  In the final part, he’s a buff, twenty-something year-old drug dealer (Rhodes) looking to distance himself from his past and the poverty line.

This is a remarkably good movie about one man trying to find love and his place in the world.  It’s made all the better by the heartbreaking performances delivered by the three leading actors and the outstanding supporting cast.  It’s heavy, dark and depressing but many will appreciate and/or relate to the situation.  It all leads up to a powerful final scene where the emotion truly hits home.