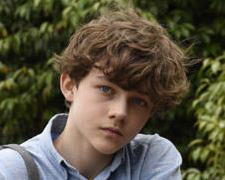 Perhaps I’m off the mark but it feels like family films to come out of Hollywood over the past decade have becoming increasingly conservative of their themes and sanitised in terms of their content.  It’s as if major studios are scared of material that may challenge or offend some viewers.  What we’re left with his garbage like Middle School: The Worst Years of My Life which bears no reflection on reality.

This is part of the reason why I was drawn to the opening scenes of Jasper Jones.  Based on the 2009 award-winning novel by Craig Silvey, which is now taught in many schools, the film begins with a series of confronting scenes.  14-year-old Charlie Bucktin (Miller), the film’s protagonist, is asked for help by Jasper Jones (McGrath), an Indigenous teenager who isn’t well liked within the small mining town.  Jasper takes Charlie into nearby woodland and shows him the dead body of Laura Wishart, Jasper’s secret girlfriend.  She is hanging from a tree and her bruised body suggests a struggle occurred beforehand.

Once Charlie overcomes the initial shock of the event, he and Jasper agree to work together to help identify the killer.  Jasper knows he’ll be the first suspect given his link to Laura and the town’s racial undertones and so he wants to clear his name.  His own suspicions are directed at Jack Lionel (Weaving), a mysterious man who lives alone and is rumoured to have a dark, troubled past.  He’s reminiscent of Boo Radley in Harper Lee’s To Kill a Mockingbird.

It’s not the only similarity with Lee’s famous work.  While it has the early appearance of a mystery, Jasper Jones is ultimately a coming-of-age story.  Charlie loses his innocence and naivety and realises the starts to appreciate the complexity of life.  He sees the family of his best friend, Jeffrey, discriminated against because of their Vietnamese background.  Things at home are similarly problematic.  There’s tension between his parents (played by Toni Collette and Dan Wyllie) and Charlie gets caught in the middle.

There’s a heart to this film that resonates strongly.  14-year-old Levi Miller (Peter Pan, Red Dog: True Blue) is terrific as the shy, awkward Charlie who is trying to come to grips with his quickly changing world.  On top of all the drama, he develops his first serious crush on a young girl (Rice) with a love for literature.  He also shares some meaningful conversations with those around him.  The most notable is a heart-to-heart with his father (wonderfully played by Wyllie) who is the calm, level-headed “voice of reason”.

As one of the film’s screenwriters, Silvey has tried to condense his lengthy novel into two hours but, as is often the case with adaptations, it was a struggle to give all the subplots the attention they deserve.  Scenes involving the Vietnamese family and the Wishart family are rushed.  There’s not enough time to comprehend each situation and let the emotions sink in.  Another sequence involving a cricket match also comes across as clumsy.

Films like Red Dog, Paper Planes and Oddball are helping create an audience in Australia for locally-made content pitched at families and younger crowds.  Director Rachel Perkins (Bran Nue Dae) has created a strong, eye-opening film that can now be added to that list.

You can read my chat with author-screenwriter Craig Silvey and director Rachel Perkins by clicking here.