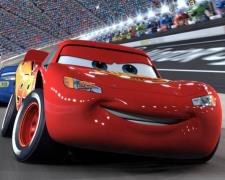 By way of recap, the original Cars (released in 2006) was centred on a race car named Lightning McQueen (Wilson) as he tried to become the first rookie to win the lucrative Piston Cup Championship.  There were clear themes in the film related to friendship and the price of fame.  McQueen’s success made him somewhat arrogant but after a serious of valuable lessons, he was a more “down to earth” car by film’s end.

The 2011 sequel wasn’t as energising.  Writer-director John Lasseter tried to take the franchise in a different direction with an elaborate tale that saw McQueen and his friends travel to a locations around the world as part of a new World Grand Prix.  It was borrowing from the pages of James Bond in that it was framed as a spy thriller with thefts and kidnappings.  It wasn’t well received and remains one of the most poorly reviewed films to come from Pixar Animation Studios.

It’s nice to see the series returning to its roots with Cars 3.  It marks the directorial debut of Brian Fee who has spent more than decade working for Pixar as a storyboard artist.  The broad narrative also completes the character arc for Lightning McQueen.  In the first film, he was the naïve rookie trying to make a name for himself.  Now, he’s the wily veteran trying to get his name on the trophy one last time before retirement.

There’s a message here about how things change over time.  McQueen is a great racer but he’s struggling to complete against a new range of faster cars that are led by Jackson Storm (Hammer), a take-no-nonsense rival who is intent on winning every race.  A knowledgeable statistician gives Storm a 96% chance of winning the opening race of the season – such is his power and skill.

This is something that we see in all sports.  Veterans, who have put their entire live into their sport, find themselves being edged out of the game by a new generation.  It’s sad but it’s also inevitable.  This doesn’t sit too well with McQueen who is in need of another reality check.  He teams up with new coach Cruz Ramirez (Alonzo) to help give him the energy to match Jackson Storm but things don’t quite work out as he expected.

The story is a little sluggish in places.  The focus is a too much on McQueen and it’s a shame more isn’t made of the many supporting players.  That said, it comes together beautifully in the closing half-hour with a finale that will satisfy audiences while also offering a few surprising twists.  Hopefully the themes sink through.

From a technical perspective, Brain Fee and his huge team have done an outstanding job when it comes to the animation.  The race track scenes are thrilling to watch as see the cars weaving between each other while travelling at 200 mph.  There’s also a great attention to detail with close-ups of wheels spinning and sparks flying.  Kids may not appreciate these finer details but they should be engrossed by what they see on screen.

I get the sense this may be the last in the Cars franchise and if so, I’ve enjoyed the ride.