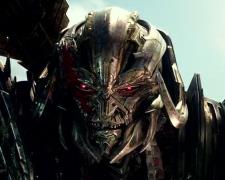 I’m often hesitant when taking a friend to the movies.  They know I’m a critic and so there’s an expectation that I’ll be taking them to something good.  All of my fears were realised at the media preview of Transformers: The Last Knight.  As the closing credits started to roll after the outrageously long 149 minute running time, I turned to my good friend and simply said “I’m sorry.”  He knew exactly what I was apologising for.

Michael Bay has made some great action films.  Bad Boys and The Rock immediately to spring to mind.  Some of the films in this series haven’t been too bad either.  I’m a fan of the original Transformers and also the second sequel, Transformers: Dark of the Moon.  I say this so as not to sound too mean spirited.  I don’t have a grudge against Bay or these giant talking robots.  My qualms are limited to this film and just how bad it is.

It’s as if Bay and his three-man writing team suffer from extremely short attention spans.  There are an inordinate number of characters and they’re continually traversing across the globe.  You know that part of a movie where a new location is used and the director puts the place name in the bottom left corner of the screen to provide context?  They may as well have left it up permanently here given it changes so often.

To sum up the story – some stuff happens, some more stuff happens, and then it all comes to action packed close.  To provide a little more confusing detail… a group of not-so-nice Transformers are intent on sucking the nutrients out of the Earth’s surface and using it to regenerate their own planet.  To stop them, a human to get their hands on a magical spear thing which was once controlled by King Arthur’s Merlin (yes, that’s right) and has been kept hidden for centuries.

I couldn’t keep up with all the subplots.  Mark Wahlberg returns as Cade Yeager – a father who is a fan of the “friendly” Transformers and is keeping them hidden from those who want to kill them.  He’s being pursued by a military team headed by Josh Duhamel who aren’t well organised.  Over in England, Laura Haddock plays an Oxford professor who is caught up in the mayhem.

Let’s not forget Oscar-winner Anthony Hopkins who plays a kooky historian from a secret society that passes down knowledge about the Transformers.  He’s somewhat helped by John Turturro in what must be the most pointless performance of his career.  There are storylines involving the Transformers too but those are even less interesting.

Transformers: The Last Knight is a long, punishing struggle that offers very little in the way of entertainment.  I’d given up by the final hour.  I didn’t care what happened to these characters or how the narrative resolved itself.  I just wanted it to end so I could return to a world where everything isn’t in slow motion and where the image in front of me doesn’t change every quarter of a second.