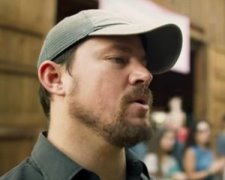 54-year-old director Steven Soderbergh has made some terrific films across his lengthy career – Sex, Lies and Videotape, Out of Sight, Erin Brockovich, Magic Mike and the Ocean’s Eleven trilogy.  He also won an Academy Award in 2001 for creating one of the best films of that year, Traffic.  Given his success and reputation within the industry, it was a big surprise when he announced his retirement in 2013.  He told reporters that he was fed up with studio interference and the lack of creative control he was afforded as a director.

Soderbergh was clearly frustrated but the good news, certainly for his fans, is that he has returned to the big screen with his first feature film in four years, Logan Lucky.  Things are different though.  Soderbergh has taken matters into his own hands and is trying to change Hollywood’s risk-averse mentality.

Rather than relying on a major studio to distribute the movie, Soderbergh made a deal with the recently created Bleecker Street Media, a small company based in New York.  As part of the deal, Soderbergh had full control over all trailers, advertising and other marketing.  This is unusual within the industry.  Bigger distributors have fine-tuned marketing machines that seek minimal input from directors.  It’ll be interesting to follow the box-office over the coming weeks.

Turning to film itself, Logan Lucky taps in a genre that Soderbergh has already explored through the Ocean’s Eleven franchise.  It’s a heist movie.  The theme is a little different though.  It’s about the poorer class of society getting a little revenge against the wealthy who have tipped the scales too strongly in their favour.

Jimmy Logan (Tatum) is an Iraq war veteran who is now making ends meet as a lowly paid construction worker.  When his boss sees him limping on the job, Jimmy is called into the office and told that his services are no longer required.  The company doesn’t want the hassle of the additional medical insurance.  His brother, Clyde (Driver), has had a tougher run.  Left with just one arm after the Iraq War, he works in a dingy bar and puts up with taunts from rude customers.

With the help of a few others, they concoct a plan to rob the nearby Charlotte Motor Speedway during a major race.  There are tunnels and rooms under the track that allow millions of dollars to be transferred directly from the concession stands and into a bank vault.  They intend to intercept the cash and sneak it out of the stadium.

This is a fun film.  These characters aren’t the sharpest tools in the shed and they make a few mistakes along the way.  Aside from Channing Tatum and Adam Driver, there’s some great banter between others involved including Daniel Craig, who plays a slightly off-hinged safe-cracker, and Seth MacFarlane, as a cocky race driver.  These are distinctive, memorable characters.  I’d give the screenwriter credit but I’m not sure who they are!  The credit belongs to a “Rebecca Blunt” but she has no previous credits and no one has been able to prove she exists.

I love a great heist flick and so I only wish the plan relied on more skill as opposed to luck.  As the title suggests, there are a few too many parts to the film that are convenient and coincidental.  They could have just bought a lotto ticket instead given their good fortune.  Perhaps I watch too many real-life crime documentaries but I prefer realism over fantasy.

The bottom line is that Steven Soderbergh is back and I know that many are going to be happy.