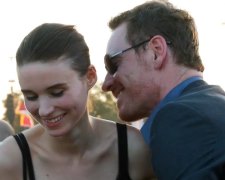 I am fascinated by director Terrence Malick.  There are few filmmakers today that generate as much discussion and debate.  For those that don’t know the back story, he made two highly acclaimed films in the 1970s, Badlands and Days of Heaven, and then took a break for 20 years.  He returned at the turn of the century and has since picked up two Oscar nominations for directing – The Thin Red Line in 1998 and The Tree of Life in 2011.

What makes Malick so intriguing is his absence from the public spotlight.  He doesn’t give interviews, he doesn’t turn up to premieres or awards ceremonies, and he doesn’t release any photographs.  At the 2012 Academy Awards, the producers had to use a 14 year old photograph of Malick when reading out the nominees because no one had anything more recent.

His reclusive nature has only added to his notoriety.  Production companies are still happy to produce his movie despite knowing he will do zero press.  Actors accept reduced salaries just for the opportunity to appear in his films.  Brad Pitt, Jessica Chastain, Ben Affleck, Javier Bardem, Rachel McAdams, Christian Bale, Natalie Portman and Cate Blanchett have all worked with Malick in the past decade.  It’s a list that any budding director would be envious of.

I know if this is a good thing… but it’s the off-screen discussions of Malick that I find most interesting.  Adrien Brody was supposed to be the star of The Thin Red Line but when he turned up to the world premiere, he found that almost all of his scenes had been cut.  He hadn’t even been told!  A similar fate befell Oscar winner Christopher Plummer with The New World.  Perhaps my favourite Malick story is told by actor Thomas Lennon who was brought in for one day of work on Knight of Cups.  Instead of being given a script, he was given a piece of paper with a random thought to guide an improvised performance.

I wasn’t a fan of Knight of Cups (released in Australia last year).  It’s hard to describe but it was a group of beautiful images but without any tangible storyline to connect them together.  Characters would wander around aimlessly and whisper deep, profound, meaningful things that went sailing over my head.  It was like watching a foreign language movie with no subtitles.  I wanted to understand but I simply couldn’t.

It saddens me to report that Malick’s latest effort, Song to Song, is more of the time.  The blurb from the film’s website makes it sound appealing – “In this modern love story set against the Austin, Texas music scene, two entangled couples chase success through a rock ‘n’ roll landscape of seduction and betrayal.”  The colourful poster looks good too.  It highlight’s the four key players in this ensemble – Ryan Gosling, Rooney Mara, Michael Fassbender and Natalie Portman.  I could see non-Malick fans buying a ticket and expecting to be entertained.

It’s a pretty film to look at but my interest was gone within the first 30 minutes.  It’s all style and no substance.  Narrative is non-existent and it’s hard to learn anything about these characters through Malick’s fractured, filtered lens.  I could have sat in the cinema foyer for two hours, watched a mix of people walk past, and actually learned more about life.  If this is what Malick wants to keep serving up, he should be directing nature documentaries and not fictional dramas.