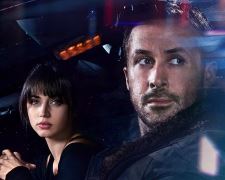 Before tonight’s Brisbane premiere of Blade Runner 2049, a note from director Denis Villeneuve was shown on screen.  It read “I do not know what you will think of my movie, however, whatever you write, I would ask that you preserve the experience for the audience of seeing the film the way you see it today… without knowing any details about the plot of the movie.  I know this is a big request, but I hope that you will honour it.”

It’s interesting that a director would go to the lengths of making such a statement.  It’s not that he doesn’t want me to reveal any twists.  He’s going a step further and saying I should not reveal “any details about the plot”.  That leaves me in a slight predicament.  I generally try to provide a bit of information in terms of narrative to help audiences decide if it’s a film worth seeing.

An overriding factor is that Blade Runner 2049 is a sequel.  Many would be familiar with the 1982 movie which was only a modest success at the box-office but later developed a cult-like following.  That was film directed by Ridley Scott (Alien, Gladiator) and based on the Philip K. Dick novel “Do Androids Dream of Electric Sheep.”

Knowledge of the predecessor is helpful but not essential when going along to this sequel.  Just like the original, it’s set in the not-to-distant future and portrays the world as a dark, desolate, bleak place.  Ecosystems collapsed in the mid-2020s and you won’t see a single glimmer of sunshine throughout the whole film.  The sky is always littered with rain, snow or fog.  Perhaps it’s not like that all over the planet but it’s certainly the case in California where events take place.

This is a world where man has created genetically engineered beings known as “replicants”.  They’re not Terminator-style robots.  They look like humans, they act like humans and they bleed like humans.  The key differences are that they had no childhood (since they were created fully grown) and they have no soul.  They were created to be used as cheap labour and help make life easier for the naturally born portion of the population.

Things didn’t go as expected and it fell upon a group of individuals, known as “blade runners”, to hunt and kill the replicants.  All of this was well-documented in the first movie so I’m not providing any spoilers.  However, I might leave it at that so as to honour the wishes of Denis Villeneuve.  He’s one of the most exciting directors to emerge from Canada having made a string of great films this decade – Prisoners, Sicario and Arrival.

With a running time of 163 minutes, Blade Runner 2049 is the longest mainstream release to hit Australian cinemas this year.  The test with such movies is whether they can hold your attention.  While a few scenes could have been trimmed, the film is dense in terms of detail and the time flew much quicker than expected.  This is an intriguing world that provides insight into how technology could be used in the years to come.  As an example, there’s a love scene unlike anything I’ve seen before.

Cinematographer Roger Deakins (The Shawshank Redemption, Fargo) has created some striking visual imagery and he’s destined for a 14th Academy Award nomination (he’s yet to win).  The jarring music from Hans Zimmer and Benjamin Wallfisch will also keep you on edge throughout.  From the sound effects to the costumers, it’s hard to find any fault from a technical perspective.

I didn’t develop a deep emotional connection with the characters (they’re all so cold) but I was still engaged by the storyline and curious to see how events would unfold.  Harrison Ford reprises his role from the original movie and is joined Ryan Gosling and a group of strong women headlined by Sylvia Hoeks and Robin Wright.

Best described as a drama as opposed to an action film, Blade Runner 2049 offers a chilling view of our future.