Review: The Only Living Boy in New York 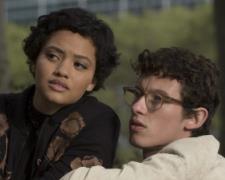 Fifteen years ago, Allan Loeb was a struggling writer trying to break into Hollywood.  He gambled, he traded stocks, he racked up huge credit card debts and he sold his car.  All of these actions were taken to help pay the rent and to put food on the table.  He had no choice given that studios were not interested in his screenplays.

It all changed dramatically for Loeb when the Black List was published for the first time in 2005.  The list contains a group of screenplays that have been liked by studio bigwigs but for whatever reason, have not been put into production.  It’s a way of promoting quality scripts that need some love and attention.  Oscar winners to have originally featured on the Black List include Slumdog Millionaire, The King’s Speech, Argo and Spotlight.

Two of Loeb’s screenplays were included in the inaugural blacklist and both have now made it to the big screen.  The first was Things We Lost in the Fire, released in 2007 and directed by Susanne Bier.  The second is The Only Living Boy in New York which has had a slightly longer gestation period but has now arrived under the direction of Marc Webb (500 Days of Summer).

The title may already be familiar to those who are fans of Simon & Garfunkel.  A song with the same name was released as part of their final album in 1970.  The song is used late in the film but there’s no correlation in terms of premise.  Rather, Loeb admits that he was inspired by movies such as Mike Nichols’ The Graduate and Woody Allen’s Manhattan.  He rented a loft in New York during the summer of 2004, immersed himself in the city, and came up with this storyline.

The central character is Thomas (Turner) – a twenty-something year old from Manhattan wants to be a writer.  An argument could be made that we’re supposed to feel sorry for Thomas given his many problems.  His controlling father (Brosnan) wants him to see a career counsellor.  His mother (Nixon) doesn’t have much to add given she’s “depressive bipolar”.  He has a crush on his best friend (Clemons) but she doesn’t feel the same way.

All of that said, Thomas still has a privileged life.  This is illustrated during an early scene where Thomas and his father argue about where he should be living.  Dad wants him at home in their spacious apartment near Central Park.  Thomas would prefer his independence and is living in the Lower East Side (but still clearly at his parent’s expense).  Not everyone will find him endearing.

With the stage set, two new players enter the mix who will shape the second and third acts.  The first is Johanna (Beckinsale), a middle aged woman with whom Thomas’s father has been having an affair.  Thomas tries to break them up in an unorthodox manner – by seducing Johanna himself (hence the reference to The Graduate).  The other person of influence is W.F. (Bridges), a mysterious old man who lobs on Thomas’s doorsteps.  The two become friends with W.F. serving as his writing muse.

Without giving too much away, the contrived nature of the story makes it a challenge to fully connect with these characters.  It’s hard to understand why some of them act in a certain way.  Still, there’s some juicy dialogue on offer here and I was lured by the husky voice of Jeff Bridges who also serves as the film’s narrator.  The scenes he shares with newcomer Callum Turner are the clear highlight as they talk about the ways of the world.

Designed to be a coming-of-age story, The Only Living Boy in New York doesn’t quite live up to the great movies that inspired it.