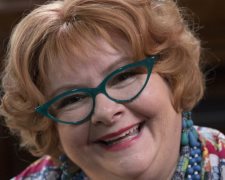 When it comes to the creative arts, few could brag about having a career more diverse than Ben Elton.  His career began in the early 1980s when he performed as a stand-up comedian.  He’s was a writer on British television shows including Blackadder, The Young Ones and The Thin Blue Line.  He’s published 15 novels including Popcorn, Dead Famous and High Society.  He’s created the book for successful musicals such as We Will Rock You and Love Never Dies.

All of that said, the artistic medium he’s least been involved with is film.  His only directing credit to date has been Maybe Baby – a romantic comedy starring Hugh Laurie and Joely Richardson that was released back in 2000.  He was born and raised in London but we can now claim Elton as an Aussie.  He married an Australian musician in 1994 and currently lives in Fremantle along with his wife and three kids.

Delving back into the world of cinema, Elton has drawn on his two decades in Australia to create Three Summers.  Inspired by his own experiences, it’s a fictitious tale based around an annual folk music festival that takes place in a rural part of Western Australia.  It’s aptly named “the Westival” and it attracts visitors from across the country as well as overseas.

As hinted at in the film’s title, the narrative is spread across three consecutive Westivals with the same characters interacting year-on-year.  There’s an arrogant Theremin player in search of romance (Sheehan), a talented violinist unsure of her career path (Breeds), an alcoholic who leads a folk music group (Waters), and a loveable announcer who helps organise the festival (Szubanski).  That’s just the start.  There’s also an indigenous dance group, an AA counsellor, a group of refugees, an adopted boy, a strict security guard, some rowdy teenagers, and a few married couples.

There are too many characters but Elton done a worthy job in weaving the storylines together and creating an entertaining comedy.  Everyone will have their favourites but there were three standouts for me.  Robert Sheehan (Misfits) is both annoying and endearing as the foreigner who is too smart for his own good.  Magda Szubanski (Babe) gets the best of the one-liners as she tries to promote the festival and its eccentric performers.  Kate Box (Rake) somehow keeps a straight face as the intense, non-nonsense security who looks like she’s never smiled in her life.

It’s not all about the laughs and recurring jokes.  There a strong political overtones and it’s clear that Elton wants to leave audiences with something to think about.  In particular, he tries to put a more “human face” on refugees whilst also touching upon the plight of Indigenous Australians and their journey for recognition.  These stories don’t quite get the attention they deserve but they still leave a mark.

The finale feels rushed given the need to squash large amounts of character transformation into the last of the three summers.  Still, the likeable cast more than compensate and leave us with one the better feel-good releases of the year.