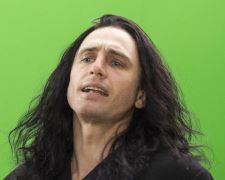 I love the irony of good things coming out of bad things.  Ed Wood is regarded as one of the worst filmmakers of all time.  In the 1950s, he directed a string of movies that featured incoherent storylines, dreadful acting, laughable special effects and dubious editing. When making Plan 9 from Outer Space in 1959, he used footage of the late Bela Lugosi despite it having been shot for a completely different film!

The humorous silver lining is that Ed Wood was so bad… that they have developed a cult-like status over time.  Acclaimed director Tim Burton even made a hilarious comedy about Wood in 1994 that won two Academy Awards – best make-up and best supporting actor (for Martin Landau).  How could anyone have predicted that Wood would become one of the most memorable filmmakers of the era?

History appears to be repeating itself when it comes to director Tommy Wiseau.  Very little is known about his background but it was San Francisco, 1998 where he met a young wanna-be actor named Greg Sestero.  After moving to Los Angeles and struggling to find work, the pair agreed to make their own movie with Wiseau serving as writer, director, producer, financier and lead actor.

When it premiered in June 2003, the audience laughed hysterically at how awful it was.  Critic Scott Foundas described it as a movie where people would ask for their money back within 30 minutes.  The script had gaping holes, scenes were shot out-of-focus, dialogue was out of sync, and the acting was abysmal.  In its first two weeks of release, it made just $1,900 in ticket sales across a handful of theatres.

Word then started to spread.  Crowds flocked to cinemas in Los Angeles to have a laugh and it wasn’t long before it was being screened at film festivals across the world – including here in Brisbane.  I don’t know why… I don’t know how… but Tommy Wiseau found fame by entertaining audiences in a way he could never have imagined.

The Disaster Artist is a wonderful comedy that takes us inside the making of Wiseau’s iconic film.  James Franco serves as both director and lead actor and I have to smile when hearing the awards season buzz about his performance.  He could win awards for best actor by recreating the performance of one of the worst actors.  He’s joined in the film by a couple of long term collaborators, brother Dave Franco and good friend Seth Rogen, as well as a lengthy list of Hollywood stars who pop in for well-timed cameos.

I’d argue that the movie doesn’t provide as much insight into Tommy Wiseau as it should.  It doesn’t answer any questions about where he was born, how he made his fortune, and why he believes so strongly in himself.  Still, it’s a fascinating story that will leave many in hysterics.  It doesn’t matter if you’ve seen The Room or not.  You’ll be laughing regardless at this truth is stranger than fiction tale.

It’s hard to pick a specific highlight but perhaps the most memorable scene is a part where Wiseau appears in his own film for the first time.  He utters the famous “oh hi Mark” line and the reactions from his crew and fellow cast members are pure gold.  Another great feature of the film is the closing credits sequence where you see how closely the art in The Disaster Artist mirrors the reality of The Room.

In playing a crew member, there’s a great line where Seth Rogen says about the hapless production – “the best thing I can ever say is that no one will ever see it.”  How far we’ve come since then!