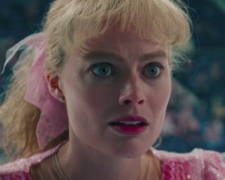 I’m old enough to remember the tale of Tonya Harding, Nancy Kerrigan and “the incident”.  I was 16 years of age and the news stories were too crazy to ever be forgotten.  That said, could I precisely tell you how events unfolded, who knew what, and who was found responsible?  The answer is no.  It’s why we so often use the adage “never let the truth get in the way of a good story.”  Truth took a backseat as gossip and the 24-hour news cycle took over.

Those hoping to see what actually transpired by watching I,Tonya will be disappointed.  In putting together the script, writer Steven Rogers conducted extensive interviews with both Tonya Harding and her ex-husband, Jeff Gillooly.  Their version of events differed so wildly that he tried to incorporate both into his screenplay.

The end result is a movie that is part comedy, part drama and part mockumentary.  Rogers allows the real-life individuals to tell their stories… through the actors that portray them on the screen.  From the very opening scene, we see Tonya and Jeff, played by Margot Robbie and Sebastian Stan, arguing into the camera arguing about what took place.  Also adding their two cents are Tonya’s mother (Janney), her ice skating coach (Nicholson), a sports journalist (Cannavale) and an incompetent bodyguard (Hauser).

Interwoven within these fake interviews are the film’s dramatic elements – a re-enactment of what took place (depending on who you believe).  The first hour focuses on Tonya’s early years.  We learn that she had a tough upbringing and an even tougher mother who was determined to see her daughter become a champion figure skater.  The second hour takes us into the lead up of the 1994 Winter Olympic Games where her rivalry with fellow U.S. athlete Nancy Kerrigan went more than few steps too far.

Brought to the screen by Australian director Craig Gillespie (Lars and the Real Girl), I, Tonya deserves credit for getting its message across in an unorthodox manner.  It’s framed as a dark comedy with the film skilfully winning laughs while tackling confronting subject matters such as domestic violence.  Not everyone will see the lighter side and it’s likely to be divisive.  For me, the most interesting observation is the way in which truth and fiction have blended together when it comes to Tonya Harding.  It’s as if we don’t want to know reality because it may be less interesting that the myth that has evolved.

Above all else, Margot Robbie is the reason the film should be seen.  The 27-year-old Australian actress was raised on a farm in Dalby, Queensland and was unheard of 5 years ago.  Now, she’s just picked up her first Academy Award nomination for her great performance.  As we’ve seen in The Wolf of Wall Street, Suicide Squad and now I, Tonya, she’s an versatile actress who can adapt to any role.  She may not have done all the skating in the movie but it sure looks like it!

The film isn’t without its problems.  I’m perplexed as to why Allison Janney is the frontrunner to win best supporting actress at the Oscars in early March.  She’s clearly having fun playing Tonya’s super villainous mother but it’s a one-note character that doesn’t show any regret.  For this reason, you never fully understand why she’s the way she is.  The screenplay also struggles to maintain momentum.  We get a clear picture of the characters during the opening half-hour and things don’t change much after that.  Aside from the bizarre “incident”, Harding doesn’t seem to be interesting enough to warrant a full two-hour movie.

Shot on a budget of just $11 million USD, I, Tonya strives for gold but will have to settle for silver.