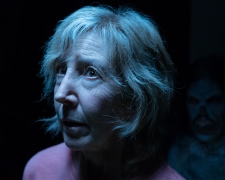 The same logic applies to the horror genre in the world of cinema.  We have movies that keep reusing similar storylines with similar techniques.  You’ve got long periods of silence followed by a sudden noise or musical cue.  There are creepy demons and ghost that you only get a fleeting look of during the early scenes (so as to lead up to a big reveal).  Let’s not forget things like dark basements, possessed kids, and characters acting illogically.

Just when you think you’ve seen it all, a writer and/or director finds a way to breathe life back into the genre.  Most recently we saw it with Jordan Peele and Get Out.  Despite being a low budget movie that was released with little publicity, its popularity grew thanks to great word of mouth.  It grossed a sizeable $175 million in the United States and has been nominated for 4 Academy Awards including best picture.  Not bad for a 38-year-old making his feature film directorial debut.

Other landmark horror films that have made a mark include Pyscho, Jaws, Alien, The Shining, Scream, Shaun of the Dead and Pan’s Labyrinth.  After several paragraphs of deliberate stalling, I now realise that I must turn my attention to the movie I’ve been asked to review – Insidious: The Last Key.  It’s the 4th in this moderately successful franchise.  The original (with Patrick Wilson and Rose Byrne) was released back in 2010 by Australians James Wan and Leigh Whannell (who were also responsible for the Saw series).  Two sequels followed in 2013 and 2015 which leads us up to the current day.

It will help if you’ve seen at least some of the earlier films as there are references to past events and characters.  Insidious: The Last Key opens with a flashback.  We learn that heroic paranormal investigator Elise Rainier (Shaye) had encounters with ghost and demons when she was a very young girl growing up in 1950s New Mexico.  It was the start of a rough childhood.  Her mother was killed in bizarre circumstances and her father was an abusive alcoholic.  As soon as she was old enough, she fled and started a better life in California.

Moving forward to a more current day setting, Elise gets a call from a man who believes his house his haunted.  Given the inclusion of the opening flashback, it’s no surprise that it just so happens to be Elise’s childhood home from 60 years ago.  Whatever demons existed in that place have never left.  She enlists her two sleazy, socially awkward ghost-busting sidekicks (Sampson and Whannell) and they head off to the rundown town of Five Keys, New Mexico to solve another mystery.

The producers keep making these movies because people keep paying to see them.  That’s the only reason I can offer for why such a film exists.  It borrows from other horror films to the point where it doesn’t feel like there’s any fresh content whatsoever.  The storyline never gets the heart pumping and while yes, I’ll acknowledge there are a few scares thanks to camera trickery and sound effects, that’s not enough to warrant the 103 minute running time.

The biggest frustration is the way the characters act.  There are moments where they’re incredibly frightened and then moments later, they’re laughing and making jokes as if it’s all a sham.  They also make incredibly dumb decisions that are clearly necessary to prolong the narrative.  As a good example, there’s a scene where Elise’s brother enters the house with his two daughters to find a favourite childhood whistle he lost 60 years ago.  Really?  That’s the best reason they could come up with to justify going into a crime scene and potentially risking their lives?

Given Insidious: The Last Key has made more than $155 million USD worldwide, this isn’t the last time we’ll be hearing from these characters.  How about a more engaging script next time?