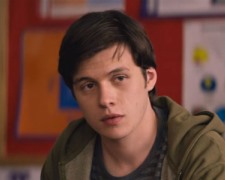 Queer cinema has often been described as “niche” but in recent years, we’ve seen a growing awareness and a growing interest from mainstream audiences.  Moonlight won the Academy Award for best picture in early 2017 and made roughly $65 million USD at the international box-office.  Call Me by Your Name picked up an Oscar nomination two months ago and made star Timothée Chalamet a household name.  Other films to make an impression have included Carol, God’s Own Country, Pride and Blue is the Warmest Colour.

The next step in the evolution of queer cinema is the release of Love, Simon.  Regardless of what you think of the film, it marks a milestone in that it’s produced by a major Hollywood studio and has had the widest ever release for a movie with a gay teenager as the leading character.  It opened on 2,402 screens in the United States earlier this month and has made $24 million at the box-office in its first 10 days (already recovering its budgeted costs).

As for the story itself, Simon Spier (Robinson) is a high school student from Atlanta, Georgia who gets good grades, has a loving family, and a select group of tight-knit friends.  We learn during the opening scene that Simon harbours a very large secret – he’s gay.  He’s know this for some time but has never had the courage to “come out” and tell anyone.  In explaining his logic, there’s a humorous sequence where he envisages a world where gay is the default and it’s straight people who must come out of the closet.

Simon finally musters up the strength to tell someone… he just doesn’t know who it is!  He responds to an online blog posted by anonymous student, going by the name of “Blue”, who talks about being gay and the problems that come with it.  Simon reaches out via his own secret email account and the two become friends.  That in itself comes with a fresh set of drama.  Looking to experience love for the first time, Simon wants to be closer but he remains unsure about Blue’s true identity and how much to reveal about himself.

There’s a part of me that wants to be highly critical of this movie.  It’s cheesy, unrealistic and formulaic.  Tony Hale (Veep) plays a farcically goofy vice-principal at the school who talks gibberish every time he appears on screen.  The two screenwriters, drawing from the 2015 young adult novel by Becky Albertalli, create drama that often feels phoney.  An example is an odd storyline where Simon is blackmailed by a friend to help add conflict and tension to the broader narrative.  Oh, and don’t get me started on the bizarre Ferris wheel finale.

These weaknesses can be forgiven for two reasons though.  Firstly, when this film works… it works!  It does a skillful job capturing the mindset of a teenager coming to grips with his sexuality.  We see a giddily happy Simon conversing with Blue via email and the relief of finally being able to confide in someone.  On the flipside, we see a nervously apprehensive Simon making the big reveal to both his friends and his family.  There’s a particularly beautiful exchange between Simon and his mother (Garner) which is reminiscent of the conversation between Timothée Chalamet and Michael Stuhlbarg in Call Me by Your Name.

Secondly, as corny as the film is at times, it’s of major cultural significance given big-budget studios have shied away from such material before now.  We’ve seen plenty of gay supporting characters in teen orientated movies coming out of Hollywood but this is a first.  The leading guy, and his sexuality, is such a major part of the storyline.  This is an important movie.  Judging from the laughs and screams (of delight) at the preview screening I attended, I’m not alone with that view.

It doesn’t pack the emotional punch of a grittier, more realistic film such as Moonlight but in offering the light-hearted, feel-good-about-life teen alternative, director Greg Berlanti (Dawson’s Creek) has come up with a winner.