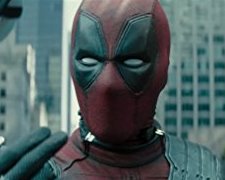 Spurred on by fantastic word of mouth, Deadpool was one of the big success stories of 2016.  It exceeded the expectations of analysts to gross $783 million at the international box-office (the 9th highest film of that year) and surprised many critics when it earned a lucrative Producers Guild Award nomination (losing to La La Land).  It was a question of when and not if a sequel would be made.

If you weren’t interested in the original, you won’t be interested in this.  You can stop reading.  For everyone else, the film sticks very close to the format used in the unorthodox original.  Deadpool (played by Ryan Reynolds) continues to break through the fourth wall and talk directly to the audience.  There’s even a scene where he discusses the box-office of the first movie!  The end result is something that’s part action blockbuster and part mockumentary.

While Deadpool generated interest as a worthy origin tale, Deadpool 2 struggles when it comes to an engaging story.  After his wife is killed by gangsters, Deadpool slips of the rails and considers ending his own life.  The problem is that his superpowers have made him indestructible.  When a villain fails as expected, Deadpool cheers him up with the thought – “don’t feel bad… even I can’t kill me.”

Don’t fret.  This isn’t meant to be dark and depressing.  Deadpool gets a new lease on life when he meets an angry 14-year-old mutant, going by the name of Firefist, who is in need of love and affection.  Those who saw the brilliant Taika Waititi comedy Hunt for the Wilderpeople will instantly recognise the child actor as New Zealander Julian Dennison.  He’s even retained his Kiwi accent for the role.

The narrative is fairly jumped from this point on with several characters fighting for attention.  Firefist was abused in a mutant orphanage and now seeks a violent revenge against those who wronged him.  Cable (Brolin) is a Terminator-like soldier who has travelled back in time to complete an essential mission to protect mankind’s future.  We’ve also got a few folk returning from the earlier movie including Deadpool’s bartending friend (Miller), his blind housemate (Uggams), his eccentric taxi driver (Soni), and a mutant made of steel.

So what does it all add up to?  Not much.  In the lead role, Ryan Reynolds feels like he’s peddling the same type of jokes from the original.  The material that generated “laugh out loud” moments two years ago could only get a smile from me this time around.  Perhaps my expectations were too high or perhaps I’m in the minority.  Not everyone in the cinema was laughing but there were still plenty having a good time.

As touched on above, it’s the story that’s the biggest letdown.  Those characters returning from the original have nothing new to offer and Firefist isn’t an interesting “bad guy”.  The lone exception is Josh Brolin who is terrific as the time-travelling Cable.  There’s something intriguing about his character from the get-go and the curious mission he has been set – travelling from the future to alter the past.  It looks like we’ll be seeing a lot more of him in future instalments.

Complete with the violence, profanity and sexual references that made the original so distinctive within the superhero genre, Deadpool 2 tries hard but cannot match the sheer fun of its predecessor.