Review: The Old Man & The Gun 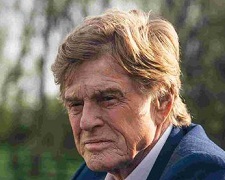 Brought to the screen by writer-director David Lowery (Pete’s Dragon), The Old Man & The Gun is the tale of an elderly man named Forrest Tucker (Redford) robbing a series banks across the United States.  It may sound like Hollywood farce but the fact it’s “mostly a true story” makes it both hilarious and alarming.  In 1980 alone, Tucker and his accomplices robbed roughly 60 banks across Oklahoma and Texas.  That’s more than one a week!

So how did he get away with it and evade capture for so long?  For starters, he had experience.  Tucker had been stealing stuff since he was a teenager and was first imprisoned at the age of 15.  You’d like to hope that a stint in the slammer might curb his attitude but that wasn’t the case.  He actually enjoyed being a criminal.  Some of us have fun by going to dinner, playing sport or watching a movie.  For Tucker, nothing was more entertaining than the thrill of planning a bank heist and executing it to perfection.  He didn’t even need the money!

The key to Tucker’s success was his charm.  It sounds hard to believe but he was incredibly polite when talking to bank staff and demanding they hand over all their cash.  He’d use compliments and thank them for staying so calm and composed.  His age was also a huge asset in helping fly under the radar.  I love the line from a real-life police sheriff who said “you’d more expect to see him go to the early-bird special than robbing banks.”

A few small details have been changed for the purposes of the movie but it’s still a fun “truth is stranger than fiction” kind of movie.  68-year-old Sissy Spacek (Coal Miner’s Daughter) is introduced as the love interest and while her character doesn’t have much to do, she’s a worthy sounding board as Tucker opens up about his thoughts and ideas.  Their first encounter by the side of the road is hilarious and there’s an equally good scene in a diner when Tucker reveals he’s a bank robber but she doesn’t believe him.

He schmoozes the bank tellers in the movie and 82-year-old Robert Redford does the same on the audience.  Yes, he’s committing serious crimes but because he’s such a polite, likeable gentleman, you’ll find yourself rooting for Tucker as he continually evades capture.  Conversely, you’ll be cheering against Casey Affleck (Manchester by the Sea) who plays a police detective assigned to hunt down the Over-the-Hill Gang (as they were dubbed by the media).

The second act is the strongest as we learn more about Tucker and the robberies ramp up.  Cinematographer Joe Anderson adds a little style by shooting on 16mm film and occasionally having the camera zoom in on unrelated character.  I wasn’t as enamoured with the finale and the unusual epilogue (involving Tucker and his escapes from prison).  It feels like it belongs in a different movie.

In early August, 82-year-old Robert Redford announced he was retiring from acting and The Old Man & The Gun would be his final performance.  If that turns out to be true, it closes the book on a career that has spanned six decades.  His films will always be around for audiences to enjoy but for one last time, we can soak up and enjoy a new Redford flick.