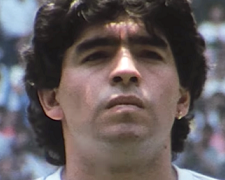 Sporting movies are incredibly difficult to make because there’s no substitute for the real thing.  I can remember being at Suncorp Stadium in 2011 when the Brisbane Roar kicked two goals in the final 5 minutes of extra time and then won the A-League Grand Final in a penalty shootout.  When I pull it up on YouTube, I still get a tingle down my spine watching the players’ reactions and listening to the commentators’ stunned reflections.  A filmmaker could have a $200 million budget and could hire the best cast and crew but it’s highly unlikely that any re-enactment would have the same emotional impact.

Oscar winning filmmaker Asif Kapadia (Amy) understands the pitfalls of traditional sporting flicks and has developed a winning template.  Released in 2011, Senna was an unforgettable documentary about the life of racing driver Ayrton Senna that featured no narration, no re-enactments and no modern day perspectives.  He accessed the media archive of Formula One rights owner Bernie Ecclestone, sifted through 15,000 hours of video, and told Senna’s fascinating story using actual footage and interviews from the 1980s and 90s (much of which had never been seen before).

Kapadia has used similar techniques with Diego Maradona.  It too is a narration-free documentary that uses grainy video tapes from the 1980s to explore the life of the infamous football star.  Given the limitations of time, the film doesn’t delve too deeply into his upbringing in the slums of Buenos Aires.  It picks up his story in 1984 when, following two disappointing seasons with Barcelona in the La Liga, the 23-year-old was transferred to Napoli, a struggling Italian football club in the Serie A.

Kapadia’s film shows us the power of sport and the way it can inspire the masses.  In the 1980s, Naples was seen as the “sewer of Italy” but Maradona helped transform the city’s image with his incredible talents on the football pitch.  When he first arrived at the club, Napoli had never won a major title, they were struggling to avoid relegation, and they were continually taunted and degraded by opposition fans.  Within three years, they were the best football team in the country!

The movie also has something important to say about the perils of wealth and success.  Because he was so vital to the financial and societal success of Napoli on the pitch, his friends/enablers were not prepared to question his many mistakes off the pitch.  He befriended Italian mobsters, used copious amounts of cocaine, and cheated on his partners.  The fact that he’d become “too big” also rubbed some fans up the wrong way and, perhaps unavoidably, he became one of the most divisive figures in sport.

Kapadia interviewed Diego Maradona several times as part of the project and found it a “tough film to make.”  Maradona was happy for the film to be made and didn’t even ask to see it before being released… but there were moments during the interviews where he refused to answer heavier questions.  It’s fallen upon Kapadia, editor Chris King and composer Antônio Pinto to weave it all together and create an engrossing narrative.  There are a few small gaps but for the most part, they’ve done a stellar job.

You don’t need to be a sports fan to take something away from Diego Maradona.