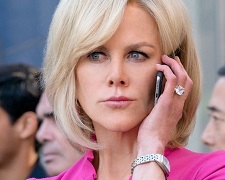 There have been very few (perhaps none at all) who have had more influence in the American media over the past two decades that Roger Ailes.  He was appointed CEO of the newly created “fair and balanced” Fox News in 1996 and, within the space of a few years, had turned it into the country’s highest rated news network reeling in profits of $1.5 billion USD a year.  He launched the careers of right-wing commentators such as Bill O’Reilly and Sean Hannity, attacked other media outlets as having a pro-liberal bias, and wove his programs into the hearts of predominantly old, white and conservative voters.

Over a period of three weeks in July 2016, Ailes’ career came to an abrupt end.  Gretchen Carlson, who had co-hosted the morning Fox & Friends program, launched a lawsuit against Ailes (as opposed to the network) claiming sexual harassment.  James and Lachlan Murdoch, who weren’t the biggest fans of Ailes, instigated an investigation overseen by an independent law firm.  More than 20 other women came forward and his contract was terminated.  A man with seemingly infinite power had been reduced to nothing overnight (although he did get a healthy severance package).

Bombshell delves into the final months of Ailes’ tenure at Fox News.  The opening titles reveal it is “inspired by” actual events which signifies that creative licence has been used in places to create necessary drama.  As an example, Margot Robbie plays an “evangelical millennial” named Kayla Pospisil who is trying to quickly climb the corporate ladder at Fox.  The reality is that Kayla never existed and her character is a composite of numerous young women employed by the network.

Written by Oscar winner Charles Randolph (The Big Short), Bombshell succeeds in illustrating the toxic culture that can exist in the workplace.  Ailes (Lithgow) was disgusting but he was also cunning.  We learn about the elaborate system he had in place to cover his tracks including private elevators, security cameras and loyal assistants.  He could also exercise huge power over these career-driven women by dangling the prospect of promotion and other “front of camera” roles.  Even when the whistle was finally blown by Gretchen Carlson, many victims didn’t want to come forward as they were worried about job security and judgement by others.

The film has been criticised for failing to address the broader issue of Fox News and its role as a right-wing propaganda tool.  If you’re looking to see that movie, prepare to be disappointed.  Yes, the on-air views of these women would be considered “deplorable” by some but they’re still entitled to justice given the sexual harassment they were subjected to.

Both Charlize Theron and Margot Robbie picked up Oscar nominations earlier this week while Nicole Kidman could be considered unlucky to miss out.  The make-up artists have done a stellar job creating their look (Theron and Kidman look uncannily like their real life counterparts) but the actors deserve just as much praise for creating interesting characters.  In identifying the stand-out, it’s hard to go past Theron who deftly captures the inner turmoil of a journalist who “doesn’t want to be the story” whilst balancing up her career, family and morals.