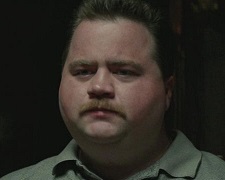 When Clint Eastwood won the Academy Award for directing Million Dollar Baby in 2005, he jokingly thanked his 96-year-old mother, who attended the ceremony, for her “genes”.  As he should.  Eastwood is now 89 years of age himself and yet, he’s still had the energy to make 8 films over the past decade including Jersey Boys, American Sniper, Sully and The Mule.  If I’m as active when I’m an octogenarian, I’ll be a happy man!

I’m describing Eastwood’s latest film as the anti-Spotlight.  That Oscar winning film, one of my favourites of the past decade, showed how top-notch investigative journalists were able to expose the truth when many powerful people wanted to cover it up.  Richard Jewell is the opposite.  It highlights the ramifications when media outlets publish “exclusives” based on misinformation and the salacious way in which the public lap it up.  I’m reminded of the great saying – “never let the truth get in the way of a good story.”

On 27 July 1996, a pipe bomb exploded in a public park in the middle of the 1996 Summer Olympics in Atlanta.  Two people were killed and more than 100 were injured.  Richard Jewell, a security guard employed as part of the Olympics festivities, found the bomb hidden in a green backpack under a bench and helped evacuate people from the area prior to its detonation.  He was lauded as a hero and his actions undoubtedly saved lives.  In the days that followed, he appeared on CNN, he was interviewed by Katie Couric for the Today Show, and he was even offered book deal.

And then… everything changed.  Tipped off by a phone call by a disgruntled former employer, the FBI focused their attention on Jewell as the lead suspect.  He fit the profile of the “lone bomber” in the sense that he was former police officer looking to prove his naysayers wrong by becoming a national hero.  A writer for the Atlanta Journal revealed the FBI’s suspicions in a front-page article and NBC news anchor Tom Brokaw told viewers that authorities had “probably enough to prosecute him.”  Jewell’s name was now mud and he couldn’t leave his home without being swamped by photographers and journalists.

Jewell was an innocent man.  That’s been subsequently proven by the authorities and is clearly illustrated by Eastwood in the film (we see someone else place the bomb during the opening act).  A lot is made about “fake news” in today’s age but Richard Jewell highlights that it’s not a new concept.  There’s nothing wrong with the FBI looking into Jewell as part of their broad, thorough investigations but it’s hard to justify their actions in leaking information to thirsty media types and overlooking key facts that vindicated Jewell (even worse is way they try to dupe a confession from him).

This is an interesting true story made further credible by the moving performances.  Paul Walter Hauser, who some will remember as the hapless bodyguard in I, Tonya, is excellent in the title role.  There are times when he comes across as the dumbest man on Earth (he’s not always helping his own cause) but other moments where you sense a more discerning mindset.  He’s an intriguing character.  Kathy Bates (Misery) earned an Oscar nomination for her role at Richard’s concerned mother and the terrific Sam Rockwell (Three Billboards Outside Ebbing, Missouri) adds a splash of comedy as a laidback lawyer.

There’s an oft heard saying that “you don’t get a second chance to make a good first impression.”  Richard Jewell is proof that such simplistic maxims don’t always take into account life’s complexities.  There were many who bought into the media’s sensationalism and saw Jewell as guilty based on his appearance and his mannerisms and his backstory.  Eastwood’s film reminds us to think deeper before passing judgement on others.