Review: Miss Fisher and The Crypt of Tears 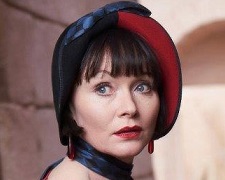 Miss Fisher and the Crypt of Tears is based on a television show which is based on a book series.  The novels, published over the last three decades, were the creation of Melbourne-born author Kerry Greenwood and the series, spanning 34 episodes, first aired on the ABC between 2012 and 2015.  I haven’t engaged with the franchise through either mediums but I do know of its huge appeal.  The viewing audience in Australia averaged more than 1 million per episode and the show has since screened in more than 170 territories across the globe.

A big screen adaptation make sense but it needed a little push from its passionate fans.  A Kickstarter crowdfunding campaign raised $733,000 in 2017 and it prompted the likes of Screen Australia and Film Victoria to contribute towards the overall budget of $8 million.  The shoot took place in Melbourne and Morocco in late 2018 and now, after a lengthy wait, it finally gets its chance in Australian cinemas (in a quieter time of the year when it’s not competing against Hollywood superhero flicks).

Essie Davis (The Babadook) reprises her role as the popular Phryne Fisher.  She’s best described as part socialite, part detective.  She travels around the world, wines and dines with wealthy aristocrats, solves curious mysteries, and has “more lives than an alley cat”.  This time around, her adventures begin in Jerusalem (the year is 1929) where she’s been asked to investigate the disappearance of young woman who was in trouble with the local authorities.

What begins as a “missing person” case evolves into something much deeper.  There’s everything from murders and cover-ups to gemstones, curses and solar eclipses.  Oh, and there’s a splash of romance too.  It’s similar to the successful Robert Langdon film series (e.g. The Da Vinci Code, Angels & Demons) except it’s lighter and more comedic.

I realise I’m new to these characters and the film is pitched at existing fans but, in giving an honest appraisal, I’m struggling to see the fuss.  There’s a lot of small talk where key players are trying too hard to be witty.  The arguments, such as those between Fisher and her suitor (Page), feel fake and overcooked.  Again, perhaps I’m missing the point but it’s almost spoof-like in nature given the way Fisher goes about her work with apparent ease.  There’s an early scene where she “returns from the dead” but no meaningful explanation is provided and her friends shrug it all off in a matter of minutes.

The costume designers have had fun dressing Essie Davis in an assortment of outfits (I lost count of all the wardrobe changes) and there are some beautiful locations… but strong production values are not enough to overcome the dull dialogue and ham-fisted premise.