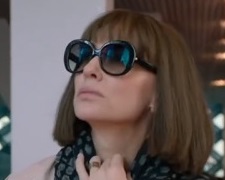 With COVID-19 pushing back the release date of major Hollywood blockbusters, Australian distributors are having to dust a few forgotten titles off the shelf in search of films to show.  Where’d You Go, Bernadette debuted in U.S. cinemas in August 2019 and was available to buy and stream a few months later.  Cate Blanchett picked up a Golden Globe nomination but after middling reviews and a disappointing box-office, the Australian release (originally scheduled for October 2019) was canned indefinitely.

Now, almost a full year after its world premiere, the film finds its way into local cinemas.  It’s hard to fault the ingredients.  It’s based on a 2012 novel authored by Maria Semple which spent many months on best seller lists.  It’s directed by Academy Award nominee Richard Linklater who made Boyhood and the Before Sunrise trilogy.  It boasts a cast of acclaimed actors including Cate Blanchett, Billy Crudup, Kristen Wiig, Judy Greer and Laurence Fishburne.  And yet… the finished product is a peculiar, disjointed film that doesn’t have anything meaningful to say.

Despite what the title may imply, Cate Blanchett is front and centre throughout with her performance as Bernadette Fox.  It’s reminiscent of her Oscar winning performance in Woody Allen’s Blue Jasmine in that she’s portraying a chatty, anxious, insecure leading lady.  Bernadette was once a successful architect (which we learn from an unnecessarily long background video) but she’s now become a recluse who seldom leaves her dilapidated Seattle home.  To complete even the most basic of tasks (such as shopping), she sends lengthy rants/demands to an online personal assistant based in India.

She’s a tough character to wrap your head around.  There are more nuanced moments, such as interactions with her not-so-well-meaning next-door neighbour (Wiig), that suggest Bernadette is misunderstood and victimised because of her quirky behaviour.  There are almost moments where she opens up to her 15-year-old daughter (Nelson) and we get a sense of her intelligence, humour and motherly nature.  They’re good scenes.

Alternatively, there are goofy moments, such as a sequence where she falls asleep on a pharmacy store couch (after berating the staff), that show her as being clumsy and unstable.  The film’s titular question is answered but as the end credits started to roll, I’m not convinced that I’d gotten to know the “full” Bernadette nor did I believe in her sudden, rushed transformation (which begins when she jumps out a window).

The film isn’t helped by the poorly developed supporting players.  Billy Crudup offers next-to-nothing as her bland husband (the closure of his character arc makes no sense).  Laurence Fishburne’s only purpose is to act as a sounding board when Bernadette explains her lengthy backstory (for the benefit of the audience).  James Urbaniak comes off worst as a silly, unconvincing FBI agent.

Where’d You Go, Bernadette might lure in fans of the book but as someone coming to the material with no background knowledge, I was disappointed.